As dusk fell on Snodborough-on-the Tissue, the stoats (and one ferret) gathered round their fire at their campsite under the old stones that gaurded the hill above the hamlet. Each cleaned weapons, prepared food, and thought back over the previous few hours.
"So, what happened?" Sir Dereck asked, rubbing the scars on his head.
"'E's gettin worse ye know!" Teddy sighed.
"Do you wanna explain this time?" Neddy looked up from prodding the fire, a small bandage round his arm was the worst of his injuries.
Matilda, the ferret, looked at the old boy with sympathy. Not only had he suffered another serious wound, but he was definitely not his former self. "I'll do it," she sighed. "Royalist enforcers, we had a run in with them, trying to push us out of Snodborough."
"Hate those Royalists, took my land you know..."

"Oh" Sir Dereck smiled, nursing his side, "did we win?"
Teddy chirped in "Seeing as that mole Maurice the miner popped up right under Neddy's nose, it was lucky he didn't get hit" 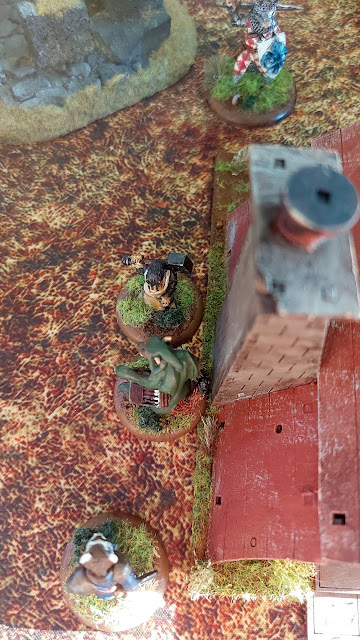 "Well I did," the green clad brother added, "but not as badly as Maurice!"
"Oh, oh, I remember!" Sir Dereck interrupted, "A mouse shield maiden, pretty young thing, charged at me, damned well nearly ran me through, terribly good shot, right through my armour and everything!"
"Yeah, you got skewered by a mouse with killing blow, bit embarressing boss!" Teddy laughed.
"Well, won't matter will it, if my memory is as shot as you say it is, I will wonder where that scar came from for years!" the old crusader laughed, "Damned royalists, nasty trick!" 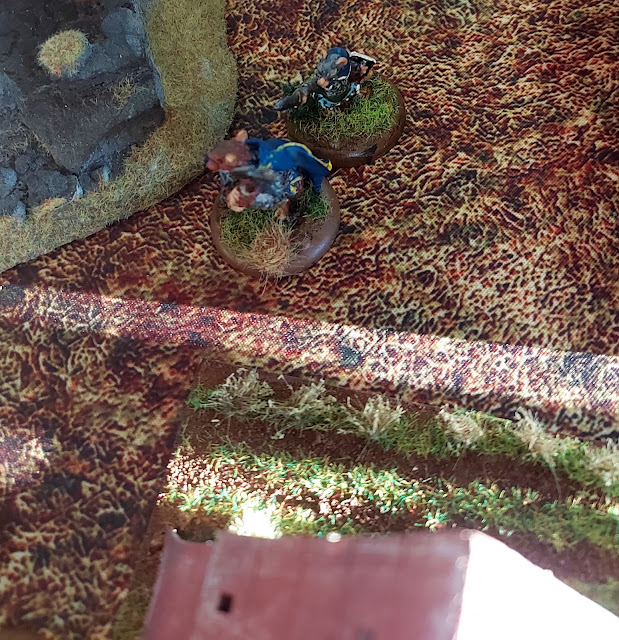 Eddy grinned "Good thing that mouse wiv the 'albard wasn't so nasty, that thing could of packed a punch! Between me and Smalls, we took 'im down quickly enough!" 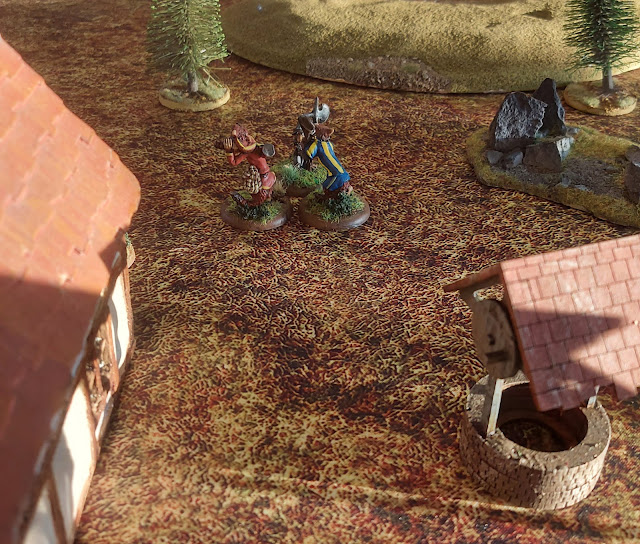 Smalls looked up from the cash box, "Yeah, a mouse in 'eavy armour, whatever next?"
Matilda rubbed her withered arm, another hit on it today was bringing back memories of the bite from Hissing Sid; the ache would never go away, but now it felt like today's wound had spread his toxins further. "That hare was a beast, nothing was getting through that shield of his."
"How do you know? You were on the floor again!" Teddy grinned, "Even after I cast 'Rage' on ya! Thought you would have let loose on 'em earlier?"
Matilda looked at the Stoat mage "Maybe a lady should not be seen to loose her temper in public!"
Before Teddy could reply, Eddy rammed a roasted hazelnut straight into his mouth. "Best not bruv, she's 'ad an 'ard day!" 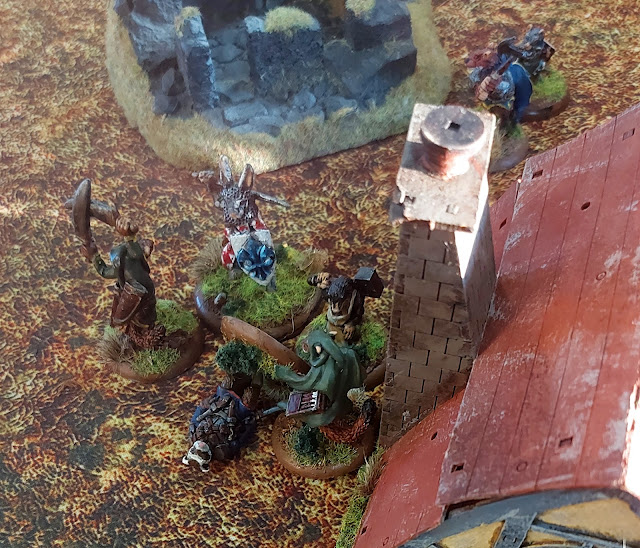 Matilda laughed kindly at this, and also grabbed a hazelnut as Eddy tried not to choke on his "At least I wasn't laid low by a mouse!"
Sir Dereck grinned, "At least I won't remember it!" "Maurice the Miner went down 'eavily, but where were you two?" Teddy asked, spitting nut crumbs all over the fire.
"Trying to get off their side of the village, we was waiting for one of you lot to come over, we could 'ave made a fortune!" Eddy laughed.
"Well, we was too busy chasing off the Royalists!" Neddy grinned, "Did anyone work out why their sparra'awk never joined in?"
"'E was gauding somefing in dat field, made them a pretty penny I 'eard, evvne after the rest legged it" Teddy smiled.
Smalls looked up from the cash box, "Talking of pennies, we made 15 on this job, plus a load of materials we 'ave neer used, now the rest of ya, cough up! What you managed to do since then? I've been at these stone all day, feel like fate is finally on our side now. Maybe three times over?"
"Got five pennies 'elping a farmer, made sure 'is cows were witch proofed." Eddy chucked in four pennies and something that might once have been a coin.
"The well needed guarding, got us ten pennies for that," Teddy dropped a small stack into the box.
Eddy looked a bit shy "Erm, might need a cash withdrawl Smalls, their's a gaurd down in Stoatsville who is looking for a more adventerous lifestyle."
"Not Weaseltown?"
"Nah, that's a stoatally different place!"
"Nice work brovas!" Smalls chuckled.
"So, what happened?" Sir Dereck asked, rubbing the scars on his head.
"'E's gettin worse ye know!" Teddy sighed, again.

September 30, 2022
Hi all, As the months go on, I am finding more random stuff that does not fit into any catagory is creeping it's way up to the surface of my lead mountain. I decided last year rather than just throw it back like one of Nobby's escaped socks, I would actually paint some of them.   TROLL! Not a big one, but still will hurt Random... A WW2 fox in 28mm A sci-fi fox in 28mm and a mage in 28mm Not the best jobs I'e ever done (the lighting was bad today as I had all the curtains drawn to keep the heat out) but they are out the lead mountain!   Next up, an item that fell off the SE face of the lead pile, a 28mm Viking via Hobby Box, basically a palate cleanser between 10mm batches.   Okay, who is up for something REALLY random! Crimson Skies autogyro Apparently they are awful in the game Pink and green dazzle camo was... NOT MY FAULT! Blame Hammy! Even has room for
1 comment
Read more