After much painting, Imi and I got our first game of Legion today.

Close ups of the painting here!

Imi was Rebels, I was Imperial, using the starter scenario and rules, so no special powers apart from Luke and Vader being combat monsters. Two squads each and a special weapon, Imi with an AT-RT, and me with two Speeder Bikes. 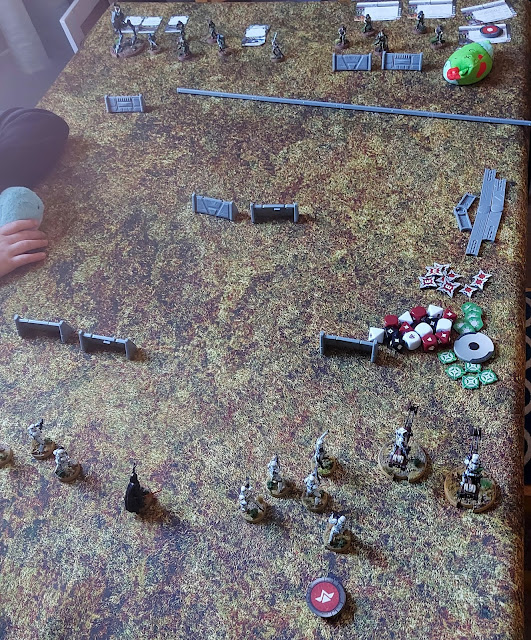 Everyone moves forwards, as does Imi's walker. 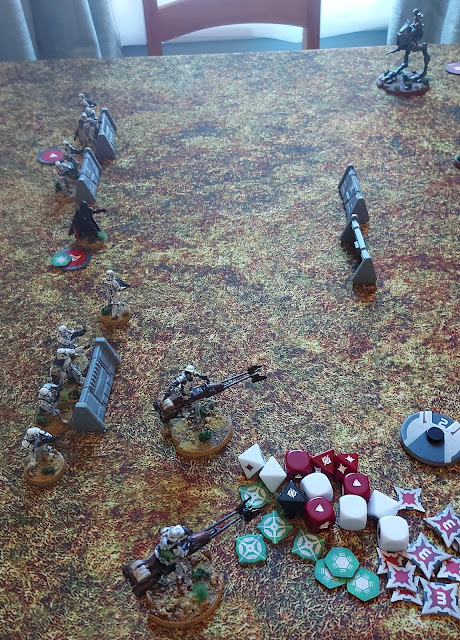 Heroes move to the centre to confront each other. Speeder bikes move across to threaten Imi's troopers, while the Stormtroopers lurk behind barricades.  Imi's walker fails to hit. 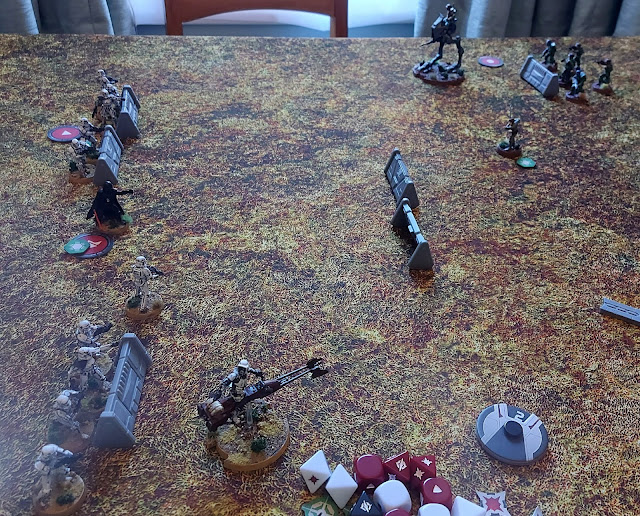 Speeders lay in the hurt on one squad, killing two squad members, but take a wound in response. The speeder bikes did not last much longer as she coordinated fire against them with two squads. 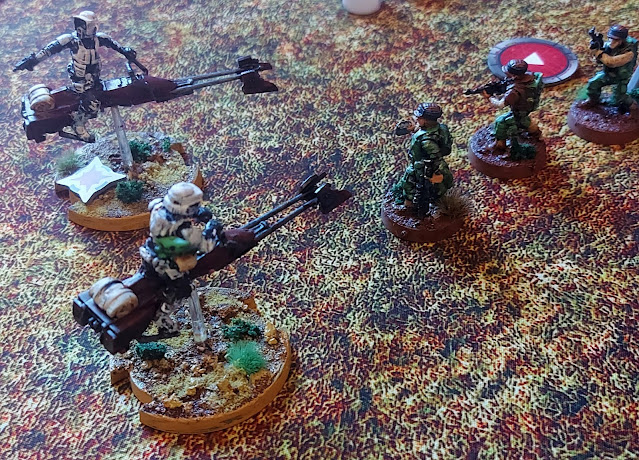 My second squad moves up to the centre barricade, to be met by Luke Skywalker. On the way they get shot at by the walker, which misses again! Luke cuts loose, and slices and dices two of the troopers down to pieces and blew away another trooper with fire. I could not damage the walker, it's armour bounced off every hit. 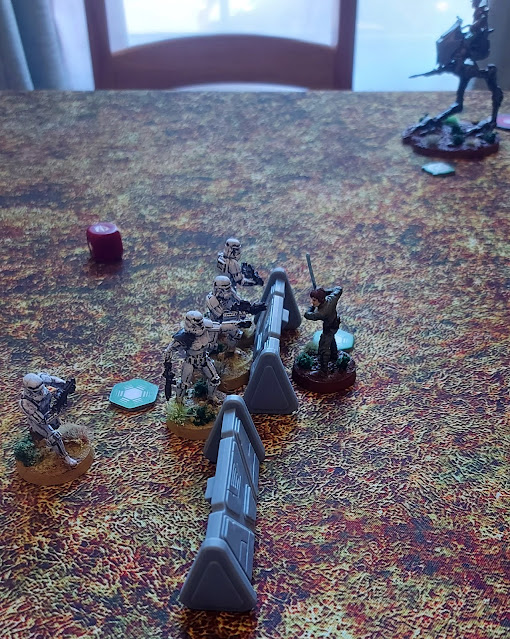 Vader moves up, slowly. He's a heavily armed and armoured tank, but moves very, very, slowly.  When he does go in, six red dice are pretty amazing! 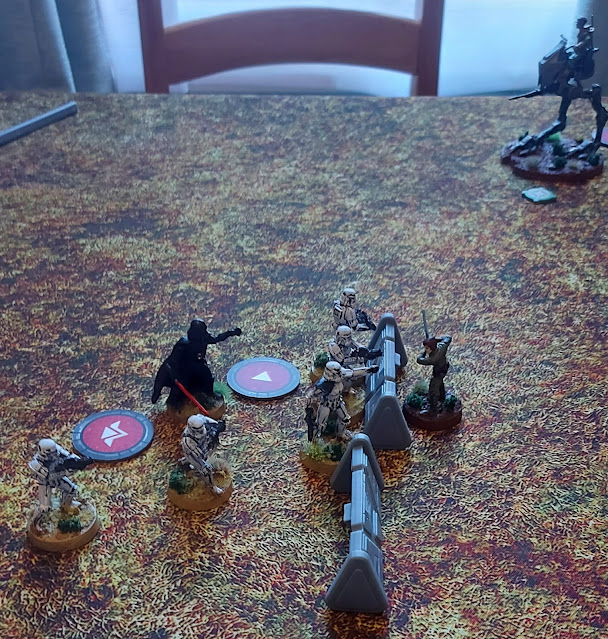 After two turns of melee, Luke saves everything, but Vader fails! Imi polishes off the remaining trooper from this squad. An emphatic win for her. 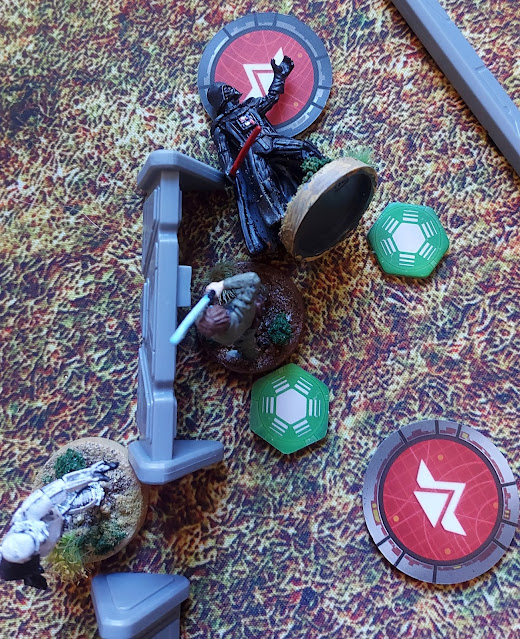 A good first game, without the special rules, or scenarios. We probably got many many things wrong, but it was a real giggle. I need to get my snowtroopers and support weapons in play. Imi wants to try out her favourites of Jyn Urso, Cassian Andor and K2S0 too. She also has a unit of pathfinders, I'm scared.

Should be a great match up.

July 19, 2022
Hi all, As the months go on, I am finding more random stuff that does not fit into any catagory is creeping it's way up to the surface of my lead mountain. I decided last year rather than just throw it back like one of Nobby's escaped socks, I would actually paint some of them.   Random... A WW2 fox in 28mm A sci-fi fox in 28mm and a mage in 28mm Not the best jobs I'e ever done (the lighting was bad today as I had all the curtains drawn to keep the heat out) but they are out the lead mountain!   Next up, an item that fell off the SE face of the lead pile, a 28mm Viking via Hobby Box, basically a palate cleanser between 10mm batches.   Okay, who is up for something REALLY random! Crimson Skies autogyro Apparently they are awful in the game Pink and green dazzle camo was... NOT MY FAULT! Blame Hammy! Even has room for a passenger/gunner? Vought Raven on approach It just needs a billionare playboy/superhero
1 comment
Read more