A rather chilly afternoon in Leighton Buzzard, Paul came round for another MeG game.

He was testing out a new version of his favourite list, Archmedioian Persian, while I was giving my Hausa another run out (after a year in the box) trying to get the balance right.

Knowing Paul and his penchant for this list, it was always going to be a hard ask to beat. I could have taken Romans and walked through his centre, or Sassanids and hit hard with catafracts, but using the Hausa this was much more colourful and, to be honest, even more fun!

Yay, out scouted Paul for the second game on the trot! Huzzah! 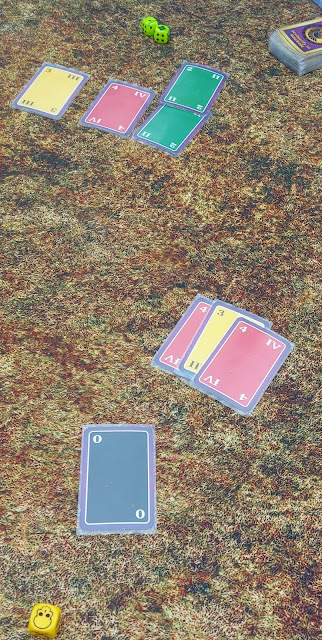 Deployment (as Paul deals) my allies are reliable, phew! On the left is rocky ground, I had a hill, and scrub on the left, which my camels were positioned behind, ready to ignore it as they moved through. Inside them was my main cavalry body, superior guards and normal cavalry. The hill was occupied by my five units of foot and on the far left two light horse stare down Paul's saka subjects. His center was held by two immortals and two cresecent shield warriors, and on his left was a superior cavalry and two average, supported by a light horse. Combined arms at their finest used by one of the best exponents of the art.

I loused up my deployment here, I had space to put my cavalry straight in front of Paul's immortals, and smash straight through them. Instead I decided to hunt down Paul's cavalry. Why? I should have kept to plan A. Oops!

Paul advances three units of flexibles into my light horse, this was badly thought out by me. I pushed forwards with my short spear archers, but this was a hiding to nothing, and really I am not sure why I did it. Think the plan was to use them as an ablative barrier to slow the rest of his army while my cavalry did their thing. This would have been great if I had stuck to my initial plan. 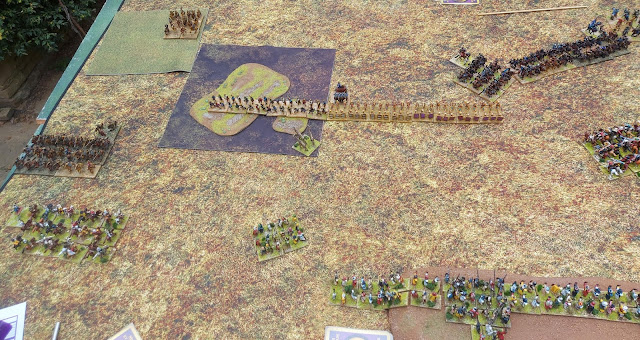 On the right my two allied units of Camelry moved through the scrub, while the mass of cavalry surged through. Paul begins his horse archer dance, something my guys are not really built to deal with! 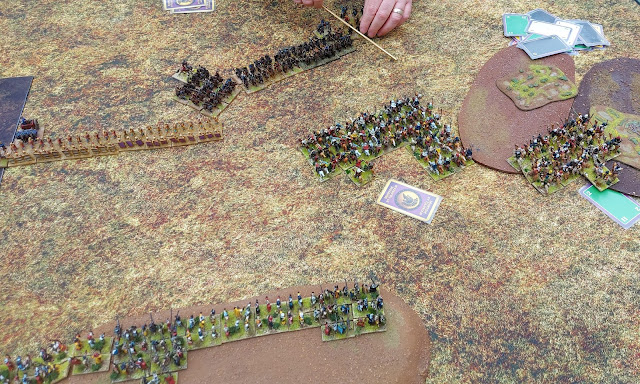 Paul enveloping my left, my light horse trying to shoot their way out but that wasn't happening, the right hand one was about to roll a 6 and leg it straight off the back of the table!.

On the right, my camels push through the scrub and the cavalry looks greedily at Paul's. If I could catch him, I would break through. To delay/distract his immortals a unit of long spears was tasked to go and annoy him while the cavalry actually pulled back out of bow range. 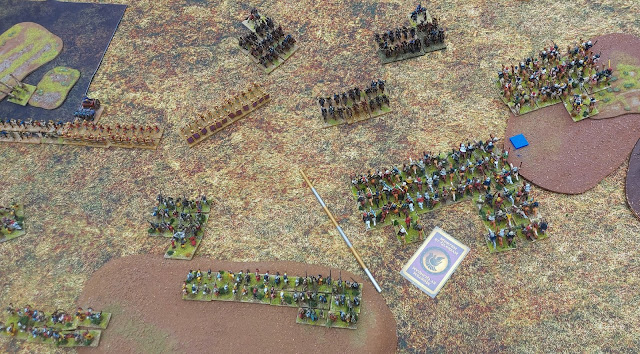 Cantabrian and experianced shooting vs unprotected charging cavalkry in light horse formation could have caused a lot of hurt. Nope! 3 S is pretty poor. 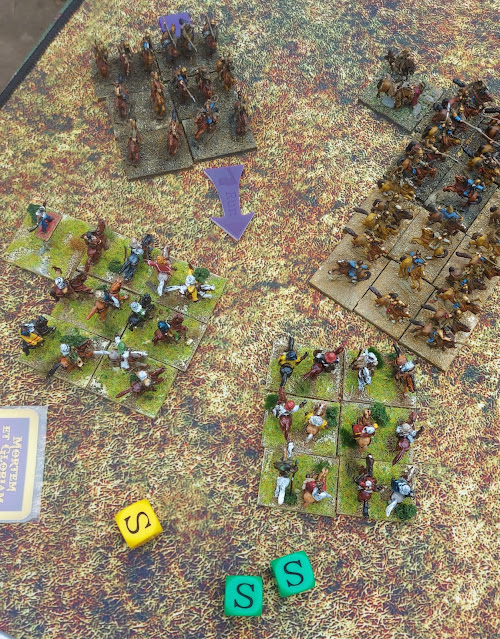 In the centre, my long spears moves on Paul's right hand immortals, an attempted charge fails which hurts as his skilled shooters tear lumps out of me. To their right, two units of cavalry are repurposed to help in the centre. The camels and my guards try to catch fog as Paul does what he does best and drags me out, to my doom. 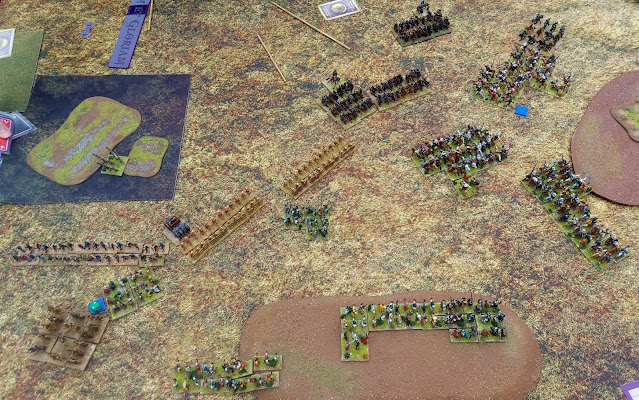 My light horse managed to hold out for a couple of turns. Paul caught the back of my spears armed archers, and I was about to get rolled up. (0-2)

My cavalry swoops in to save my rather beaten up spears, within a turn they broke the immortals, much to Paul's shock. (2-2) 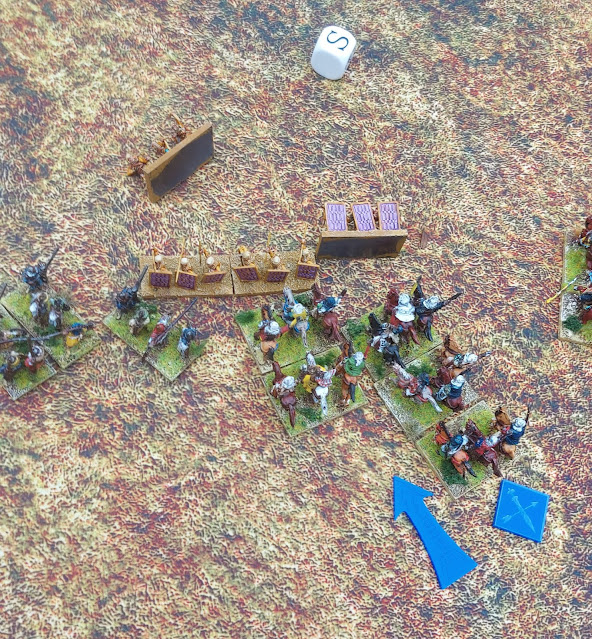 Over at the back of the world, my camels FINALLY caught some of Paul's cavalry. CHOMP! (4-2) 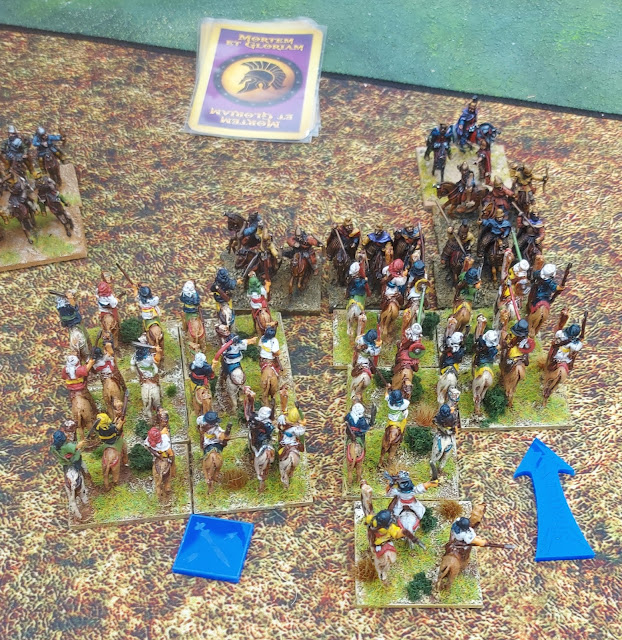 Not all was positive though, my guard cavalry was shot to pieces before they could get into Paul's superiors (4-4), and the KaB broke the spears (4-6), who would also destroy the average unit I sent in to support (4-8). 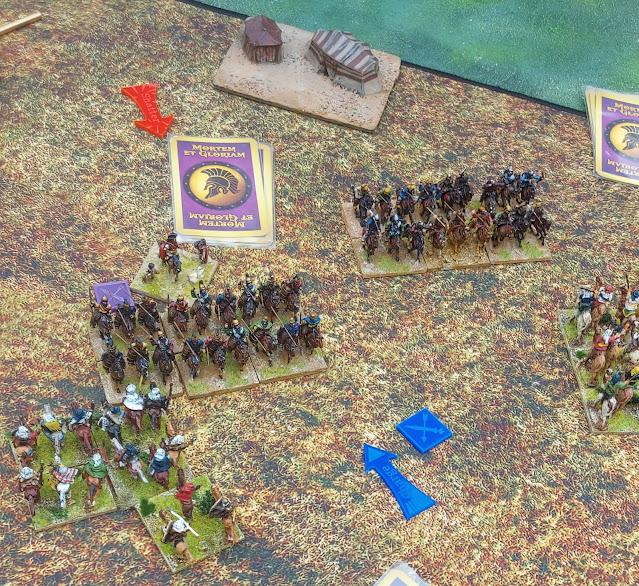 Bursting through, the camels reach the back edge and pin down another cavalry unit against the camp. Tasty targets. They and the camp would fall to the depredations of my camel corps (8-8) 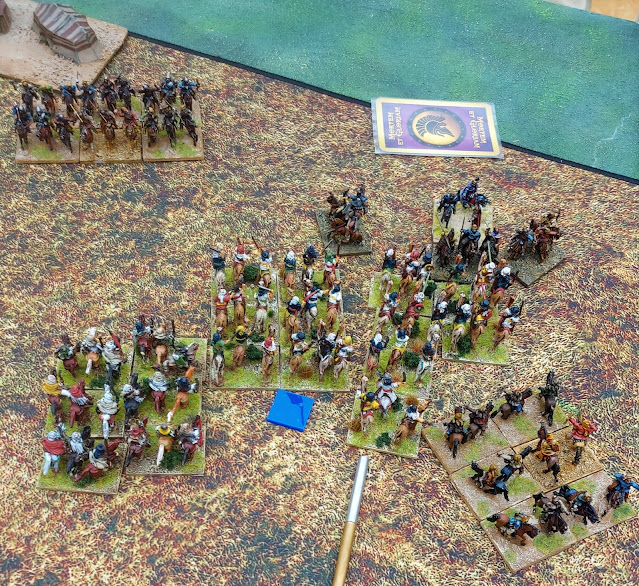 In the centre, one of my cavalry caught the remaining immortals in the rear and did, nothing! I also caught Paul's crescent shield infantry, and did nothing to them too! I had lost a unit of bows beneath the hill (8-10), so this really was desperation time. Oh look, an attempted flank charge on the already engaged immortals. Well, that's emmbbarressing! White and red produces nothing. 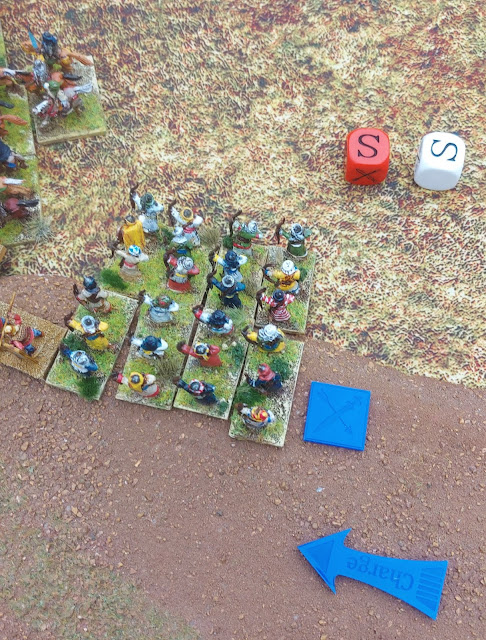 Paul's superiors, having literally crossed the table laying waste to my cavalry and spear units on the way units, takes one more, and my game is over! Even with the best luck in the world, I was doomed, Paul out played and out fought me with the army he uses best. (8-15) 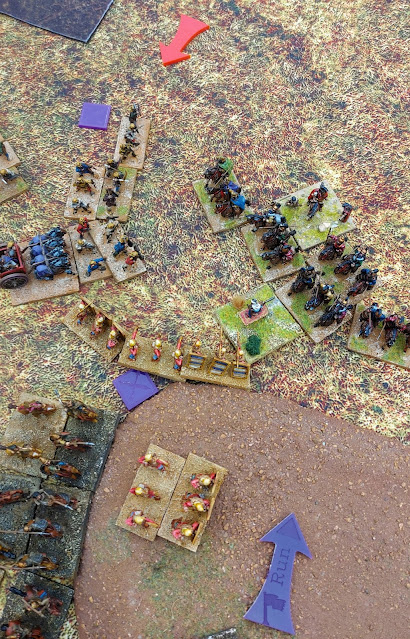 Another superb game. Not a matter of could I beat him, but how much damage could I get away with on the way. Pity it was so cold, or this would have been the perfect game, a real challenge against an absolute gent.

1-all since lockdown ended. I can live with that!

January 22, 2021
Andi is an old, old friend, back from the days of DBM, so 1990s! He asked me to paint his airborne division for him, thankfully one brigade had already been done, but there are still plenty to do, and an armoured division, and an infantry division too. 1st Airlanding battalion done now. HQ elements. Face on. Top view A, B, C & D companies Must order some extra bases... Decent formation, now there's two more the same size to do. The whole formation, it's quite big I suppose. 24 bases, in Spearhead, of decent foot. Brigade HQ elements, because I could. Pointy bloke is in charge... With the Glider Piolt regiment in their tray. 2nd Para done. HQ 3rd Para Top view Recon HQ Support weapons Stand close up Divisional Recon Divisional HQ Divisional HQ Recon (Beige berets as these are meant to be SAS) Glider Pilot Regiment Top view Their HQ Armed and dangerous glider pilots Tetrach Mk VII light tanks (airmobile but awful) I insisted Andi has these for D-Day, after which they ge
2 comments
Read more

April 05, 2021
Footsore recently released this rather fun game, based around 28mm skirmish fighting in ancient Greece. Tried it at Campaign, then got a set for my birthday from Manny and Rob at Boards and Swords . Turns out Keith also has the rules and wanted his painting too!  Heavy hoplites done for a friend Rear view Heroes Heroes running away The whole batch Top view   In the lull after New Year, I started Keith's Athenians. Veteran with a hoplite group. Light Hoplites   Nice bunch Side view   Rear view   Heavy hoplites (some more willing to fight than others?)   Top view   Detail left   Detail right - he went that-a-way!   Side view   Athenian heroes   Like these figures a lot   The whole group Quite like the way these came out.   Again. started with the heavyweights of the Ancient Greek world and painted up the Spartan starter set. The whole band looking as tough as their reputation , but slightly better dressed! Light Hoplites Side view Heavy Hoplites, with their veteran in
4 comments
Read more