First off, five tricorned infantry units, all based for ReG, MeG's renaissance spin-off for Lee.

Mixing Pendraken mk I and mkII flags, thanks Leon for sorting those

Told you they were Sodermanland! I labelled all the bases as although the units are ROUGHLY similar, they all have subtle differences (hat piping, leg colours, etc) 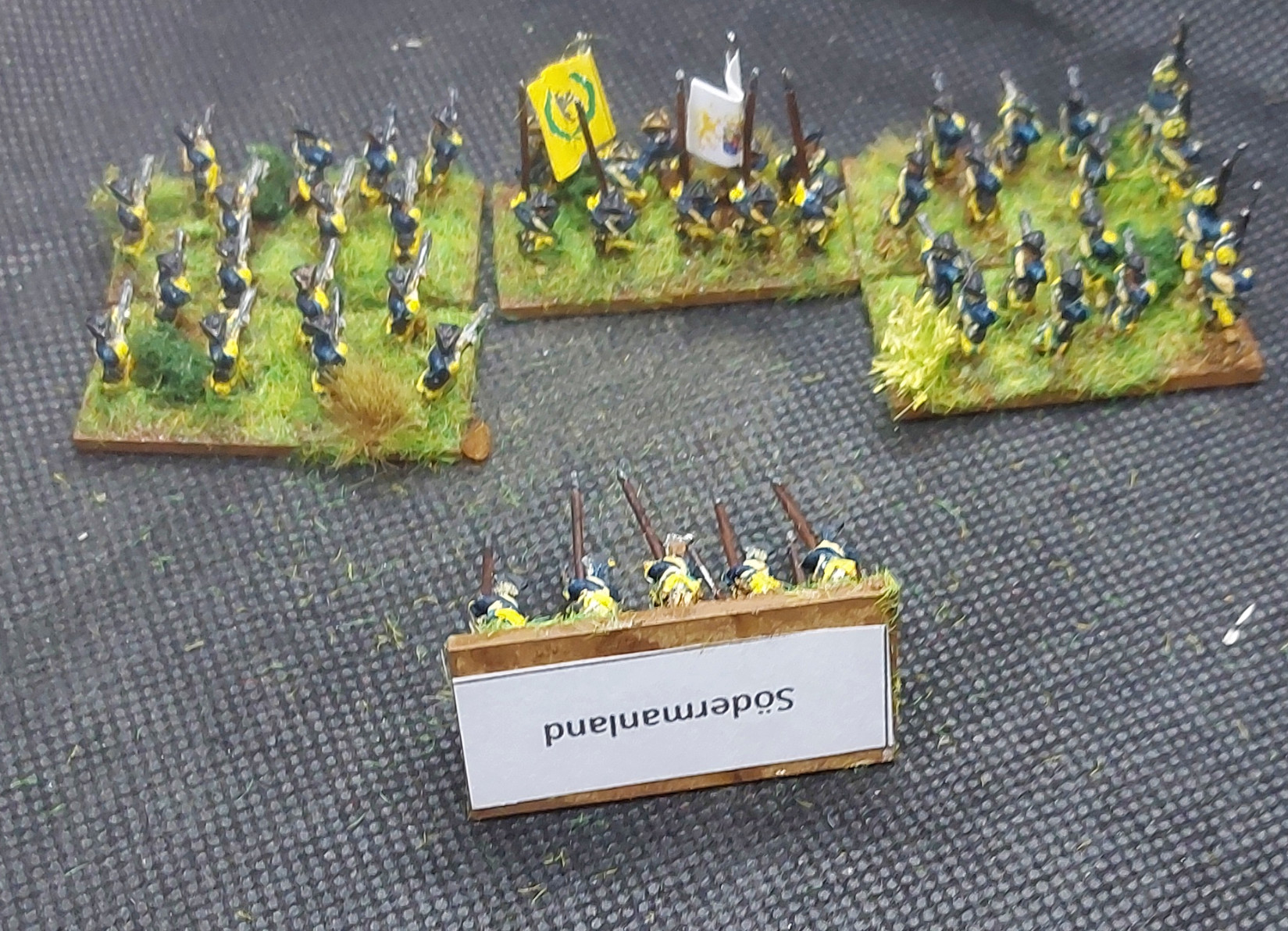 Top view, grenadiers are from the Pendraken Marlburian ranges

"What do you mean about face?"

Fresh off the blocks today, Upplanders 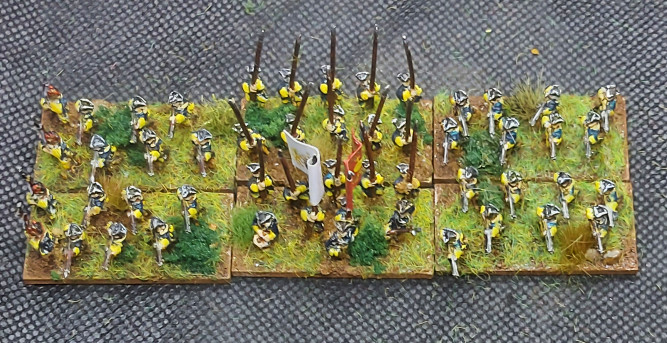 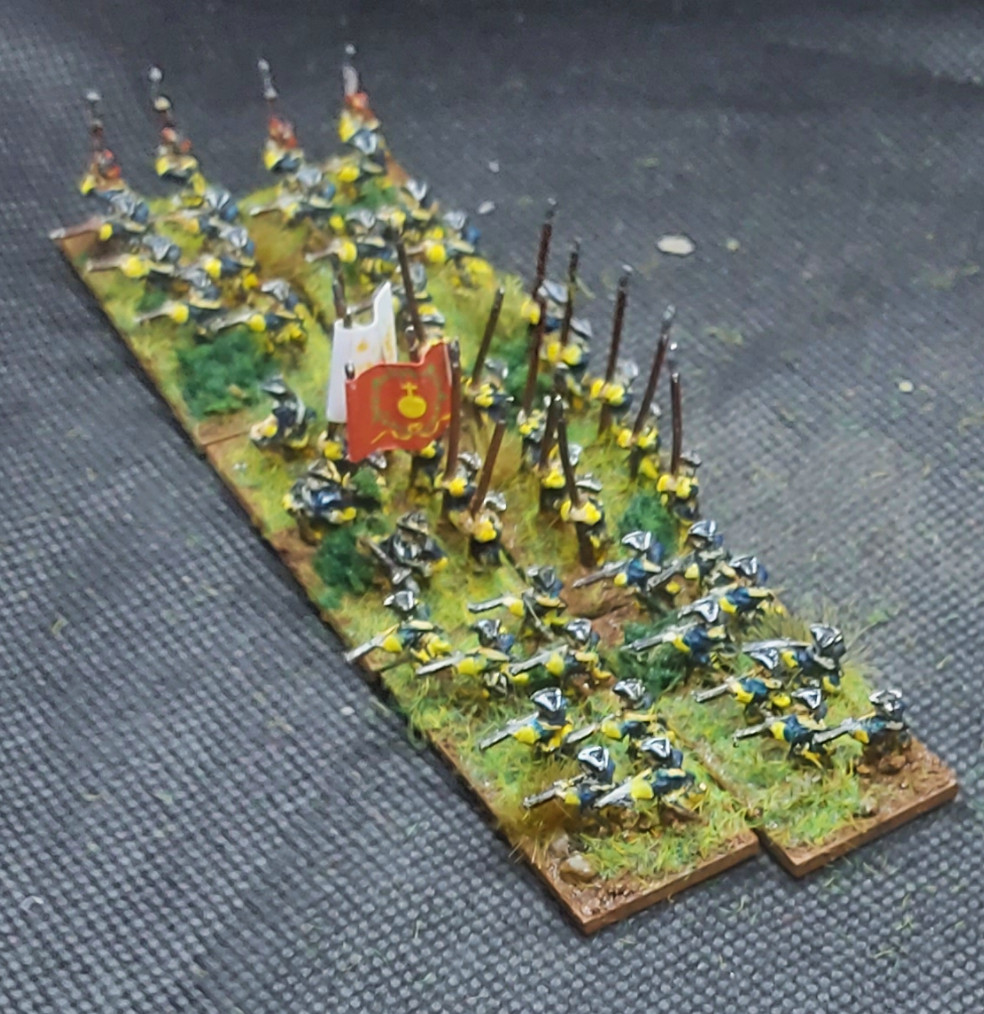 I'm not sure all units had grenadiers attached, certainly some were consolidated to assault parties. Lee decided he wanted them intergrated into units, so I enjoyed trying to find their mitre details, Uppland is one I definitely found and is correct. 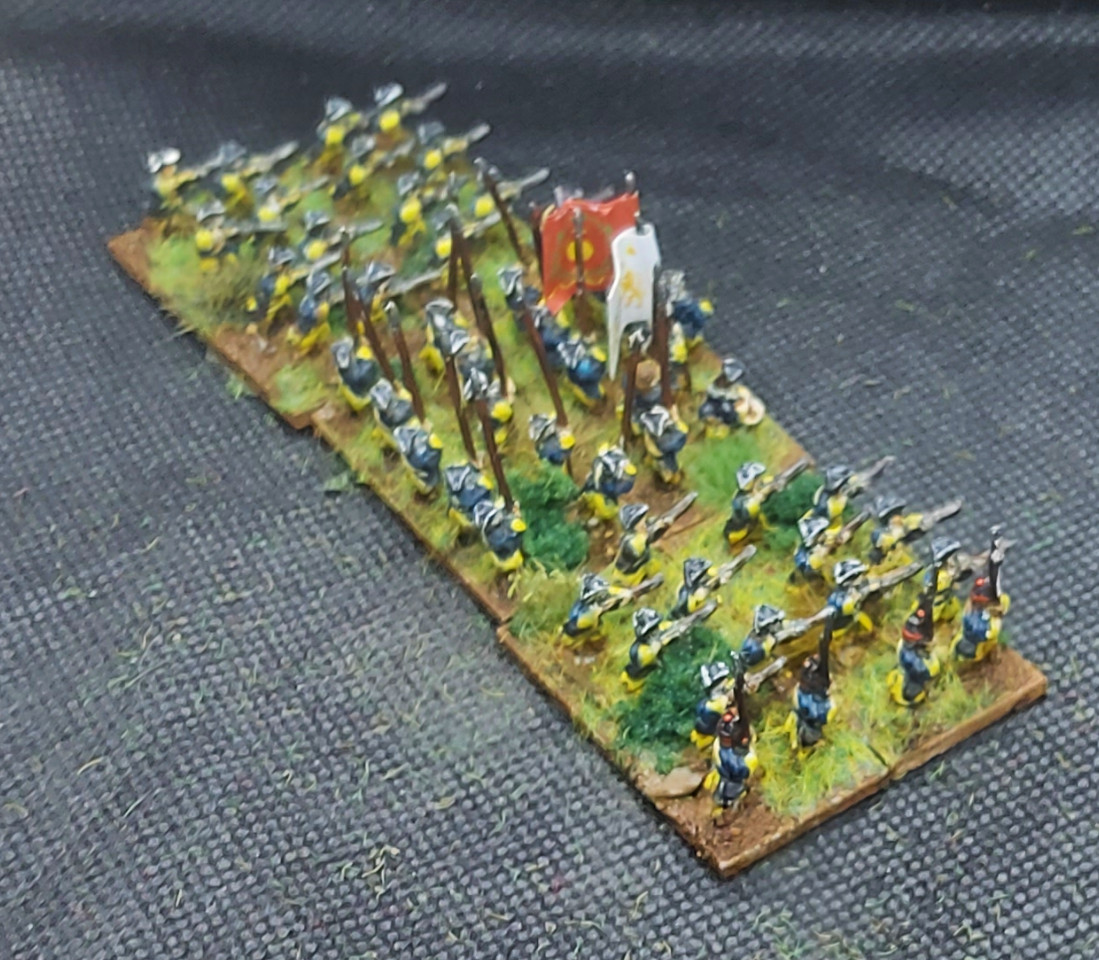 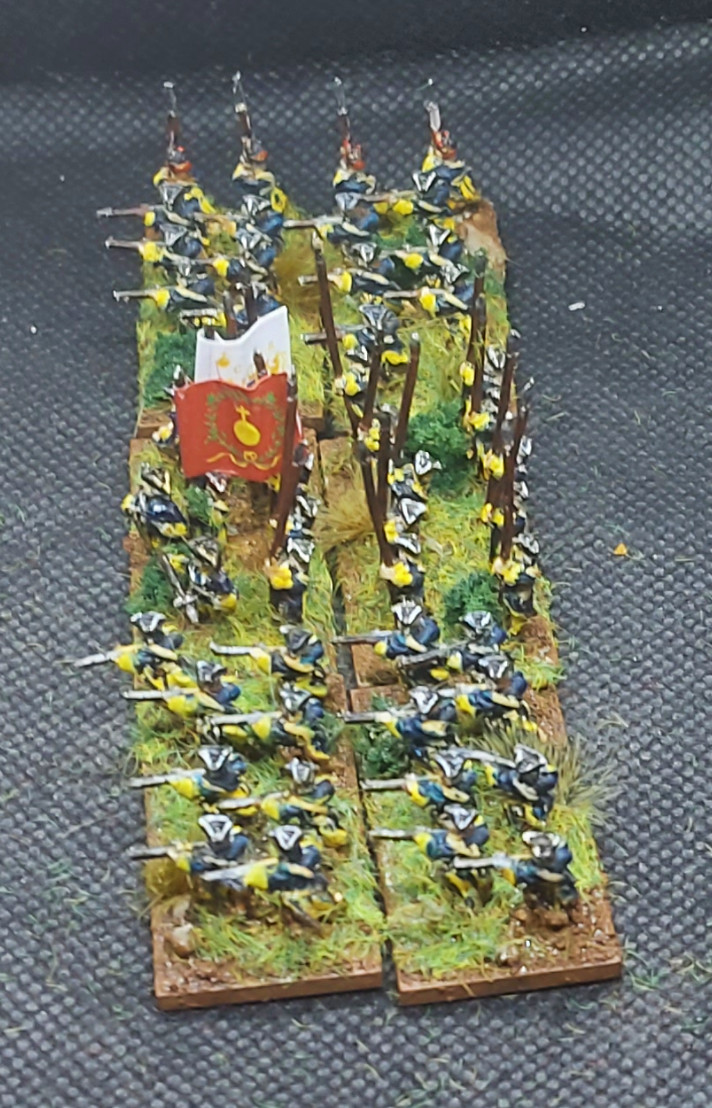 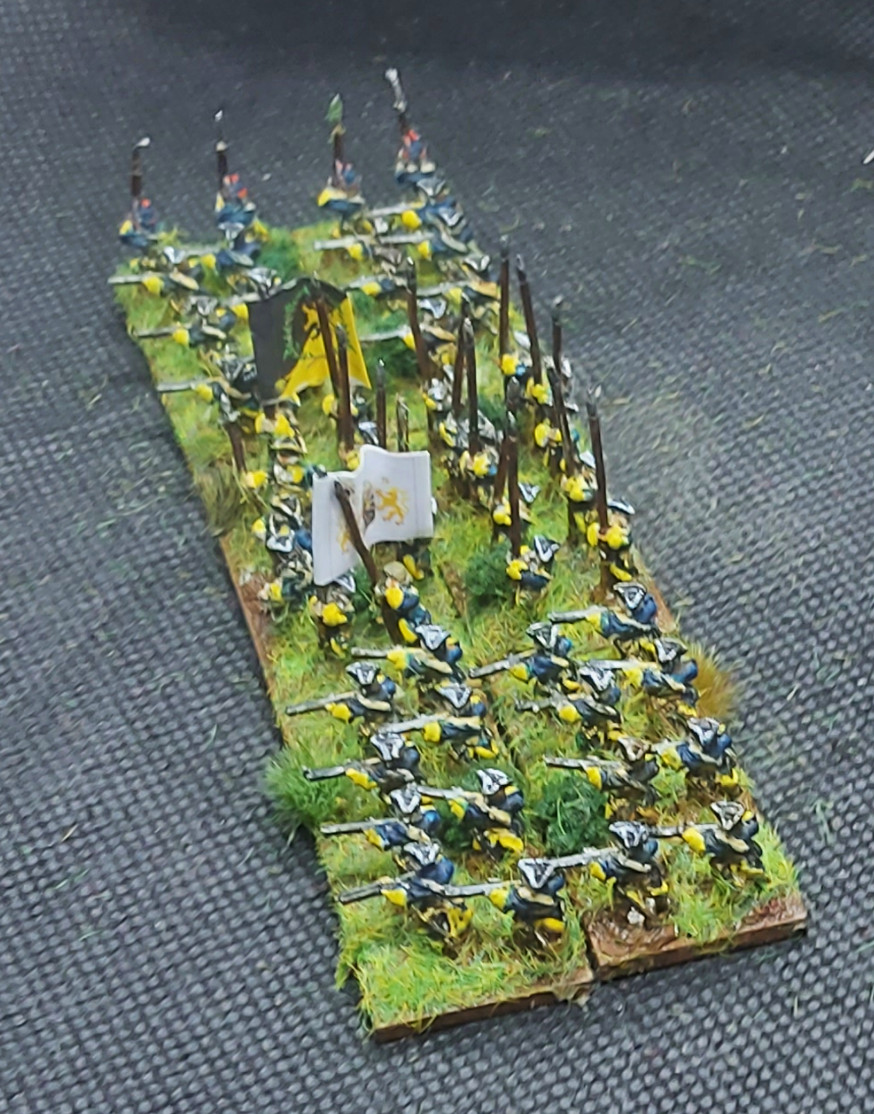 Again, as Lee sees them 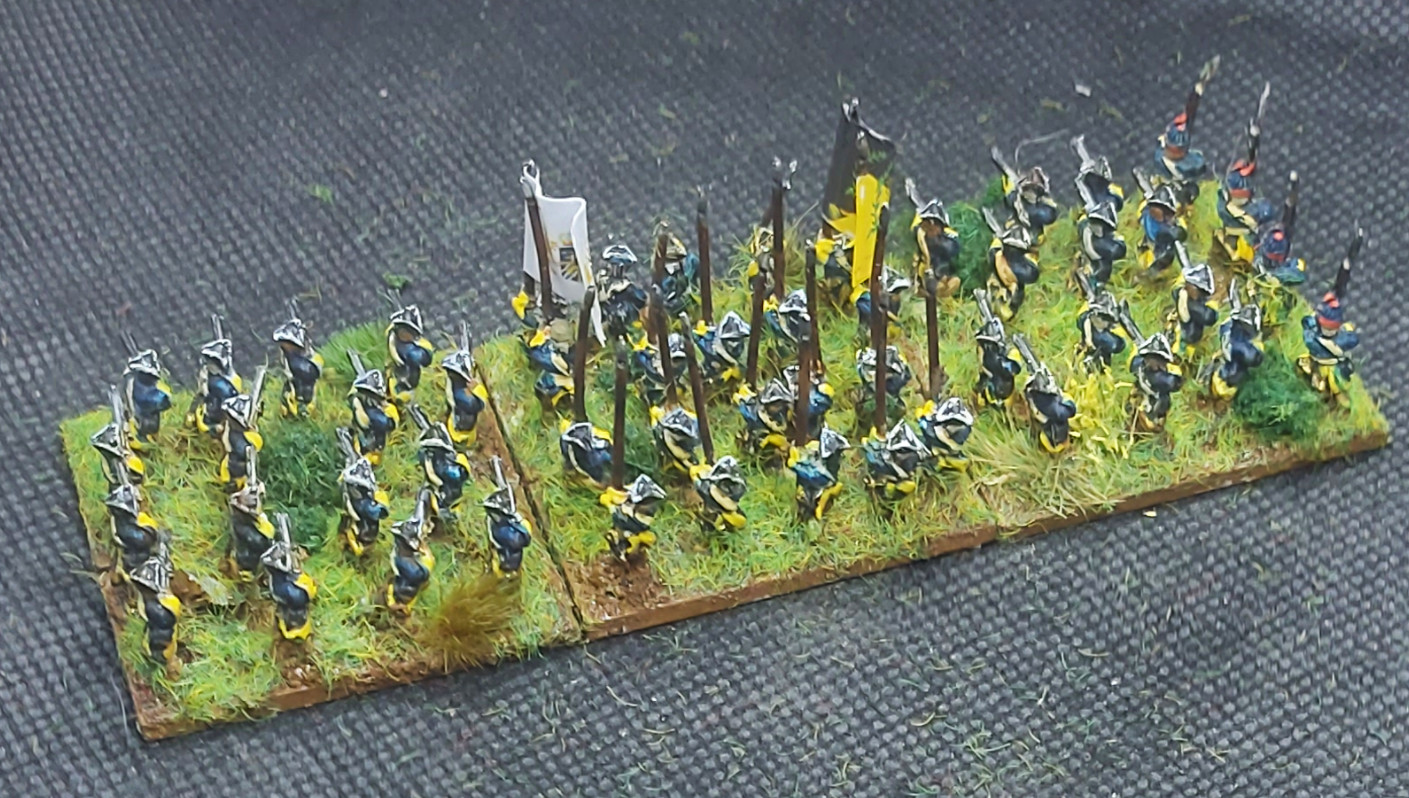 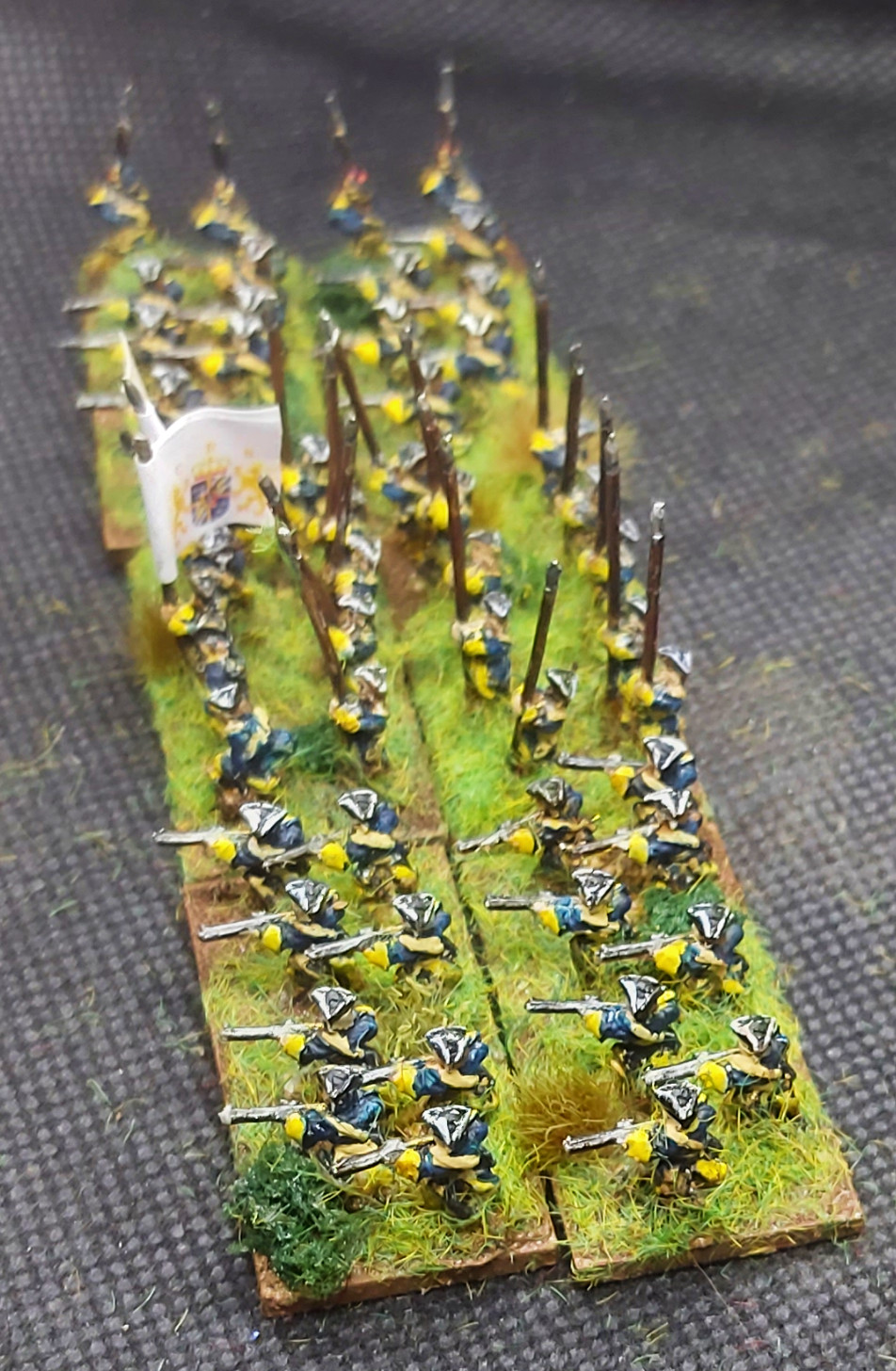 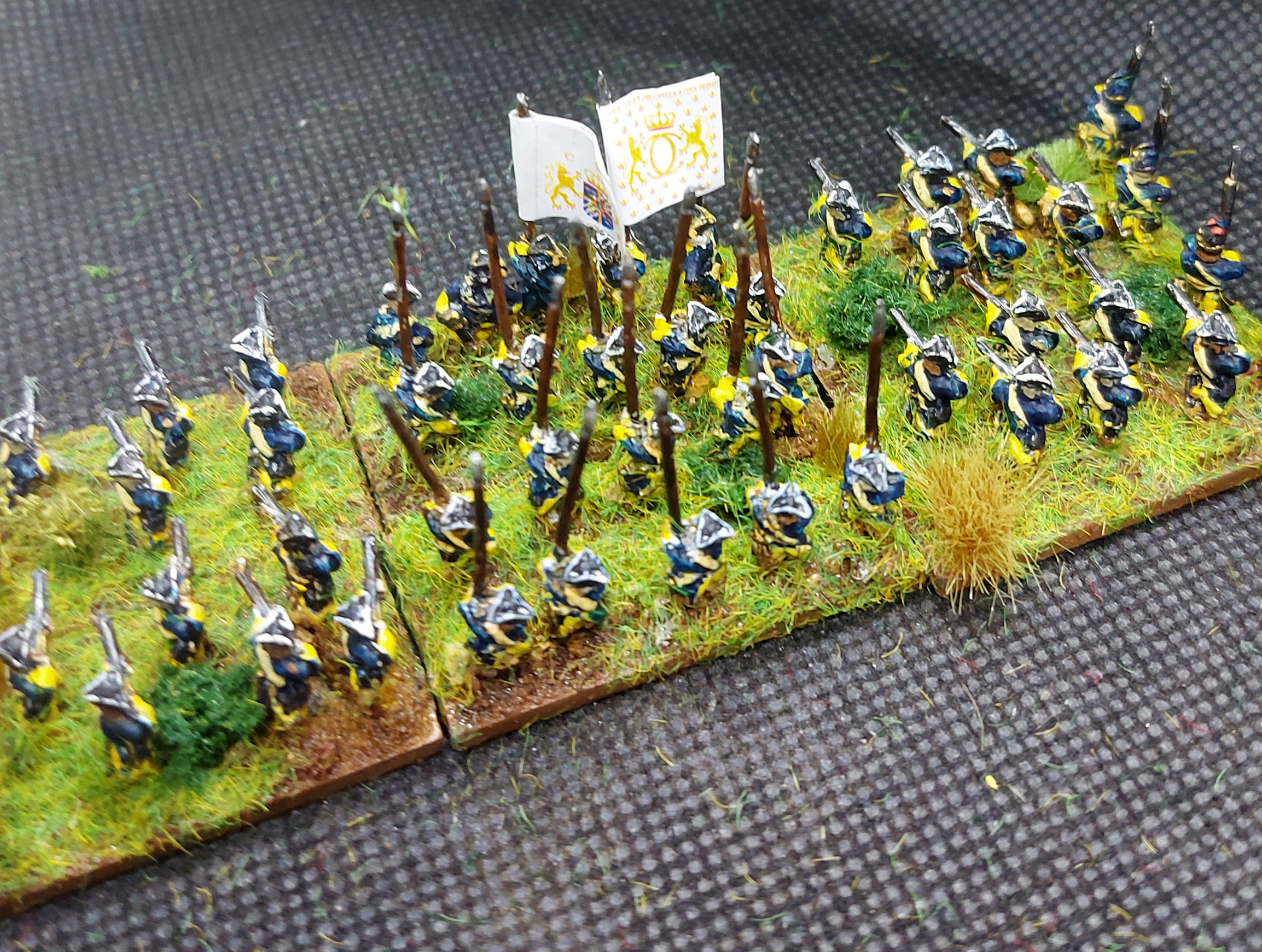 How did that get there! Since removed 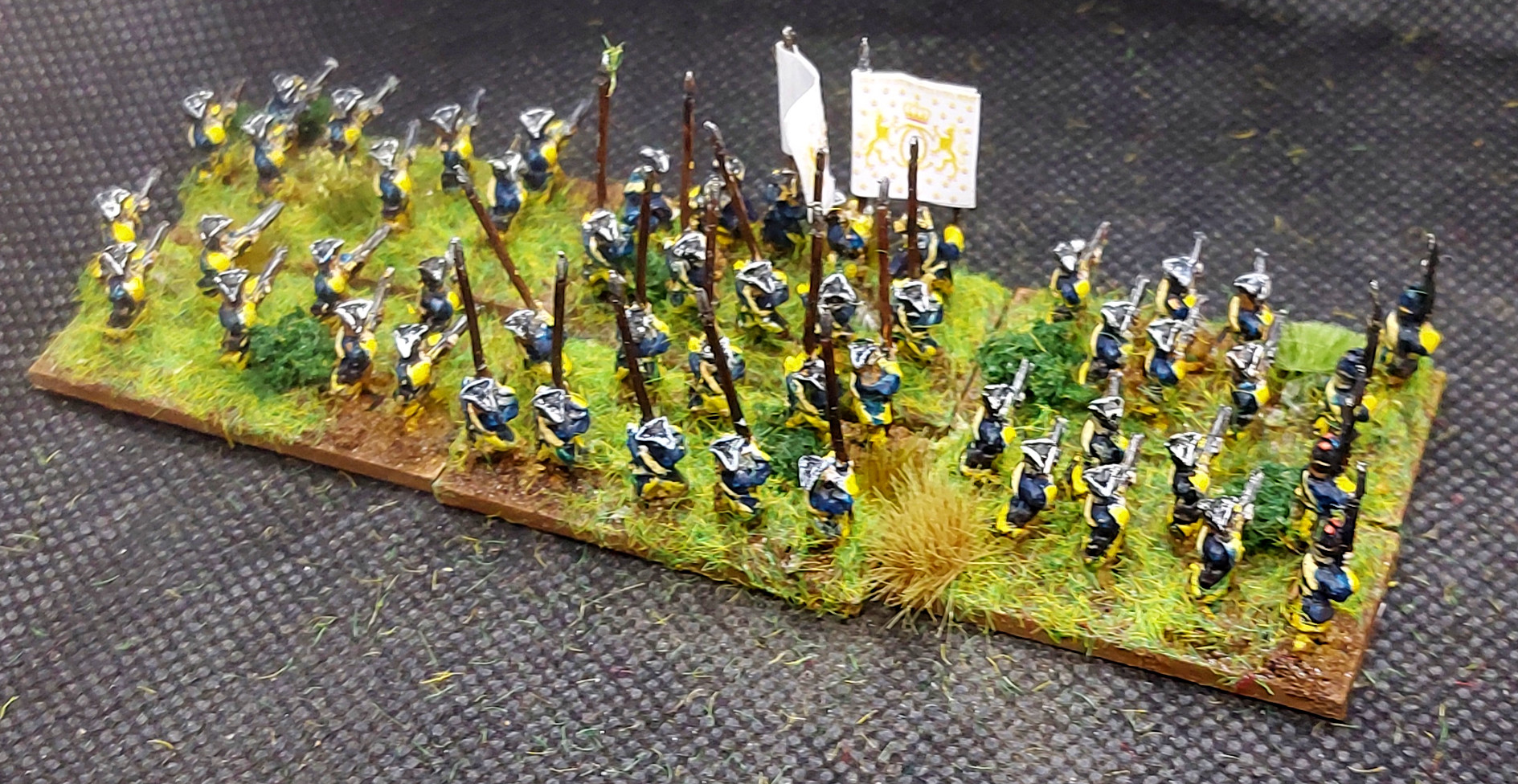 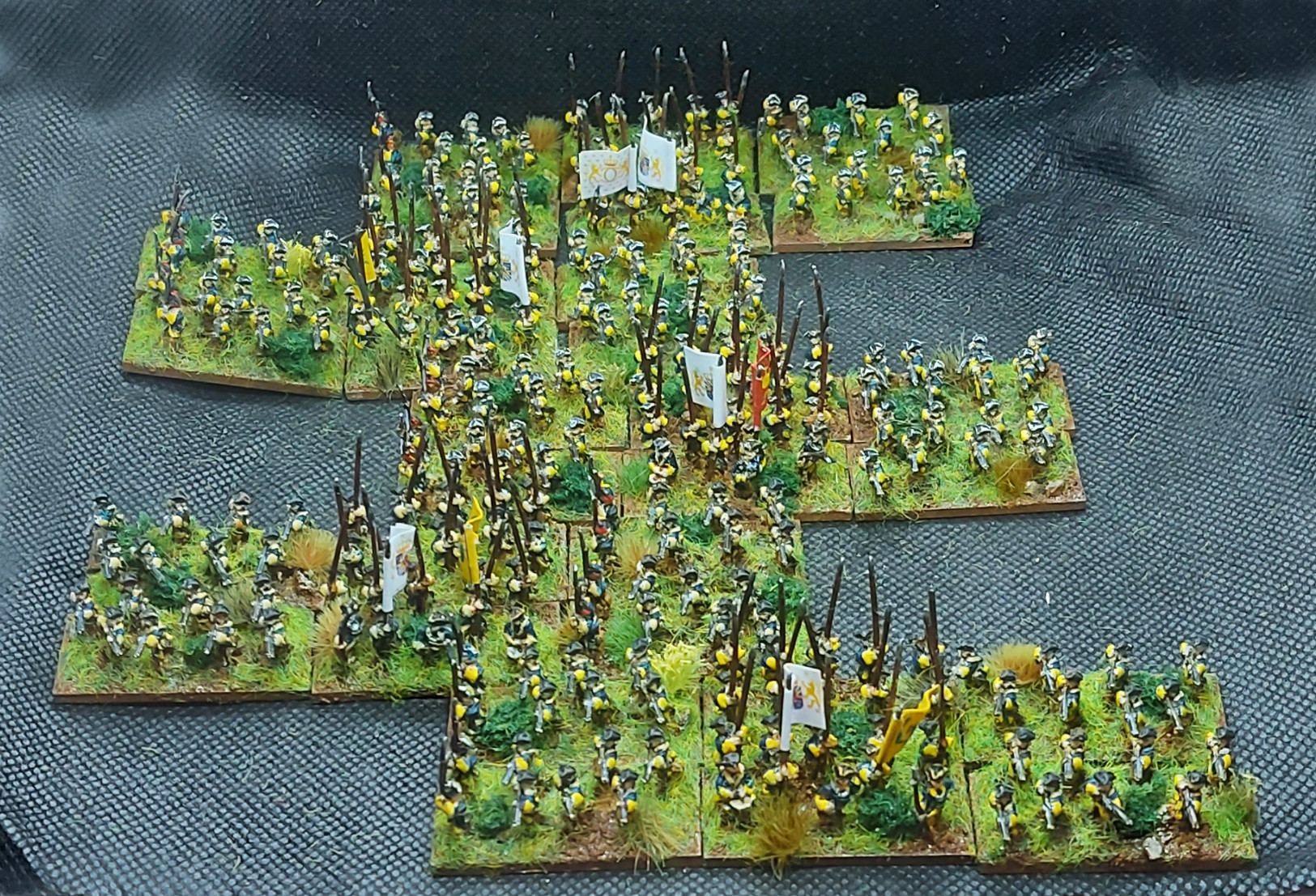 That's an A5 container filled already! 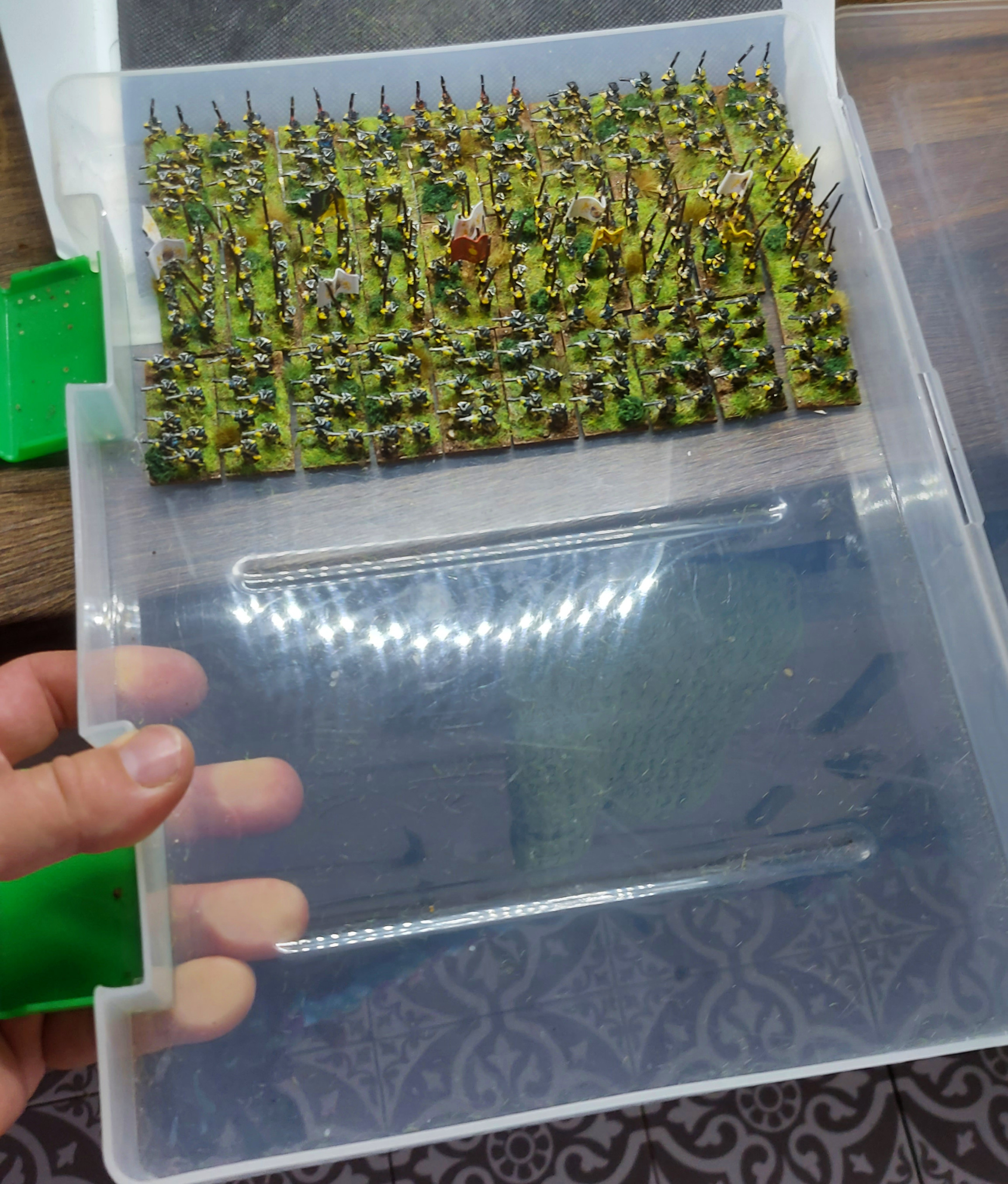 June 06, 2022
Hi all, As the months go on, I am finding more random stuff that does not fit into any catagory is creeping it's way up to the surface of my lead mountain. I decided last year rather than just throw it back like one of Nobby's escaped socks, I would actually paint some of them.   Next up, an item that fell off the SE face of the lead pile, a 28mm Viking via Hobby Box, basically a palate cleanser between 10mm batches.   Okay, who is up for something REALLY random! Crimson Skies autogyro Apparently they are awful in the game Pink and green dazzle camo was... NOT MY FAULT! Blame Hammy! Even has room for a passenger/gunner? Vought Raven on approach It just needs a billionare playboy/superhero to pilot it! Shiny! It's like the Liberator, which way does it go? Yes, it's a pusher plane! Many guns   28mm Count Brass and Olodahn the archer,  Tartar giant by Eureka models for my Provancal/Karma
1 comment
Read more

March 18, 2022
Last year Adrian replumbed my house, in return he gave me a few boxes of PSC Goth and Huns to paint. Almost a horde. Again in muted colours as lower status troops. 8 bases of Huns for Adrian.    Someone is borrowing this weekend, and Adrian can't make it...  In loose oorder so that his others in skirmish can allow him to be flexible Side on Other side Player's eye view   A tent that got delayed due to low stock...   Got the army finished*! *Finished - until he gives me something else to paint! Light horse - Adrian was collecting them that night, so the pva was still wet on the shrubbery. Most muted of all the cavalry due to being less wealthy. Fast, deadly at range, not much good in a stand up fight! Top view The camp, arrived on Monday, finished last night! Mostlly Beuada Pork dinner anyone? Think it's done! Two tents, does it make a camp? Barrels, sacks, pots, pigs do!
Post a Comment
Read more