He asked me to paint his airborne division for him, thankfully one brigade had already been done, but there are still plenty to do, and an armoured division, and an infantry division too.
Armoured Division begun!
The air recognition transfers arrived, also each squadron have their symbols on turret sides too (honest, you might not be able to see them, but they are there!).
1st Armoured Regiment, a mixture of Cromwells and Challengers, with Crusader AA and M3 Stuarts in the HQ 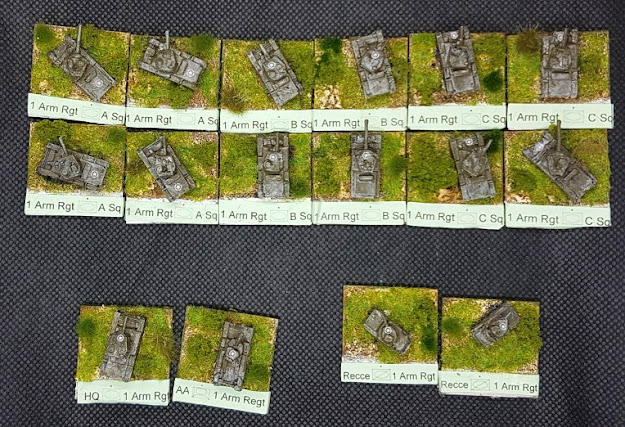 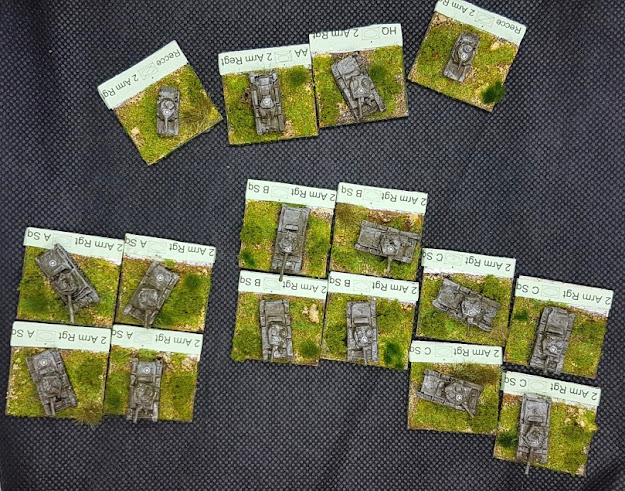 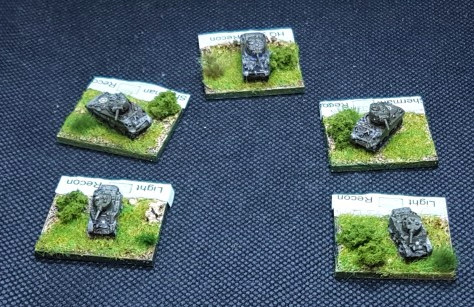 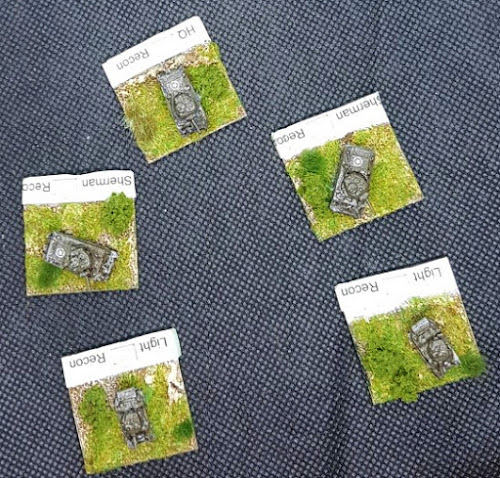 After a short break (I ran out of ther correct sized bases), a few more regiments are on the way (when my recognition star transfers appear), so in the meantime, here is a regiment of pack howitzers to support the Paratroopers.

The pack howitzers really are small!
Teeny-tiny guns to support teeny-tiny paratroopers!  Not sure how effective they are in Spearhead, but they are cool!

They do make a nice diorama though. 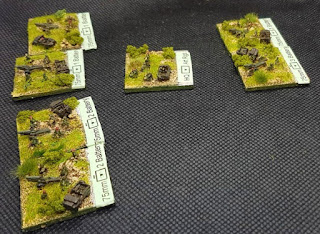 View from above showing ID labels. 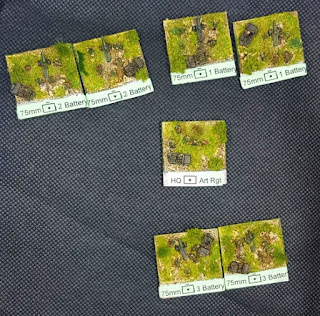 Anyone would think he was heading to Arnheim!

Quite pleased the way this came out.

Top view of the battalion. 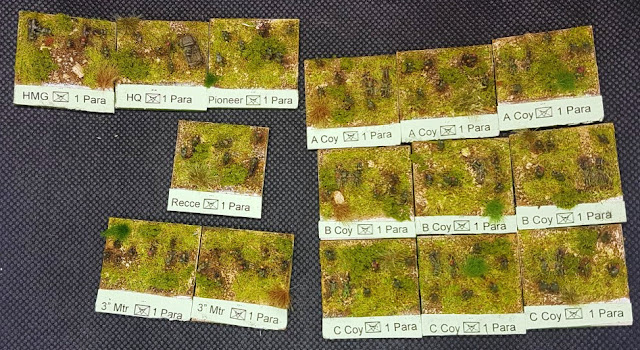 So, the heavy lifting had better get underway! 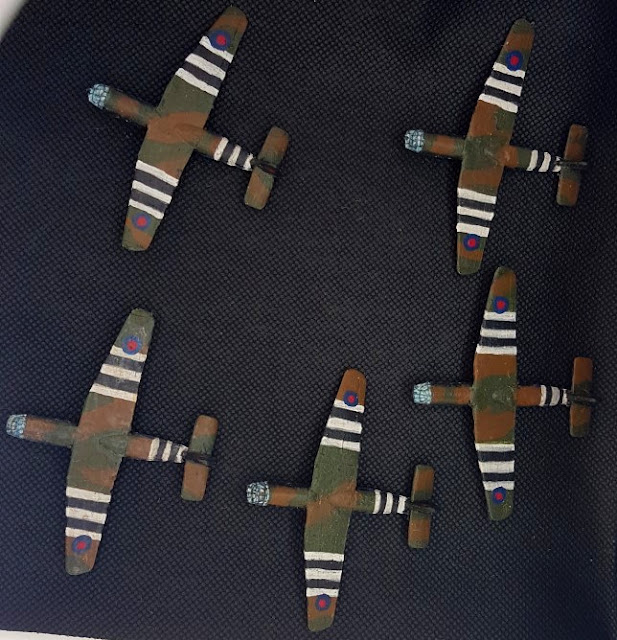 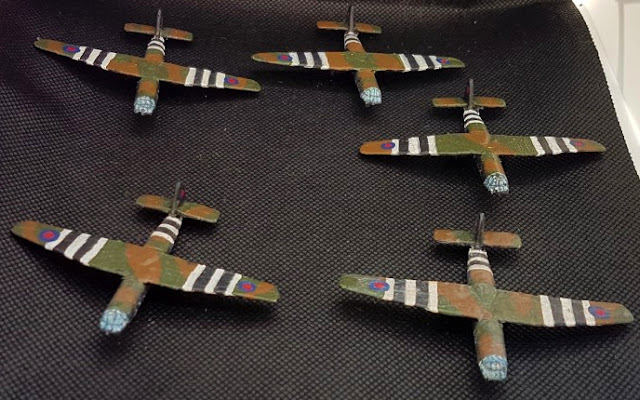 Just remember, in the words of Howard Taylor's 'Schlock Mercanary' :- 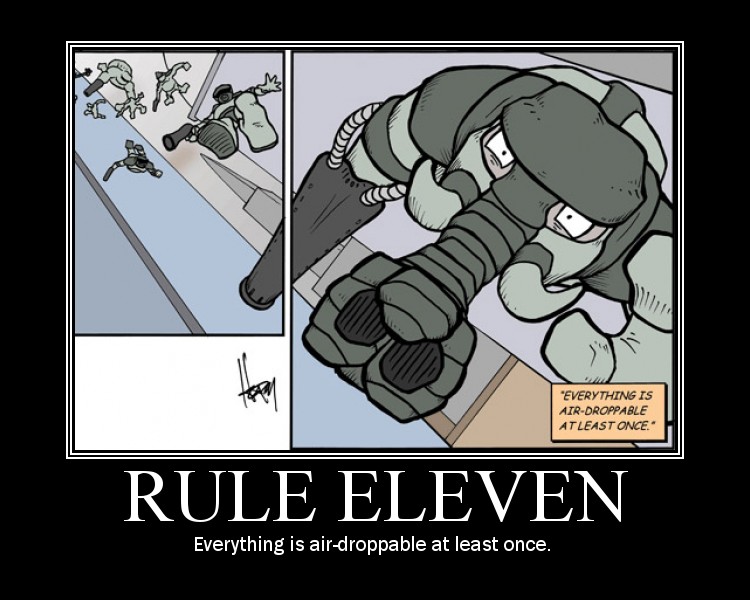