April 26, 2020
As part of the lockdown and clearing my immense figure backlog, I dug out some Epic Eldar I have had sitting round for a few years.

After considering the forces I had (I already own a Siam-Hann force) I plumped on Iyanden, a doomed craftworld with different priorities.

The main reason I bought Eldar for Epic in the first place (ie early 90s), I love their Titans! I sold my first version in the last century, but an Ebay hunt later... 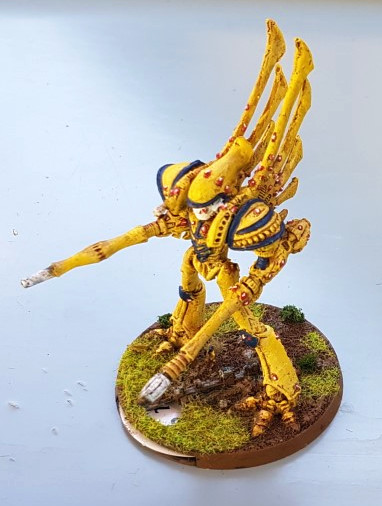 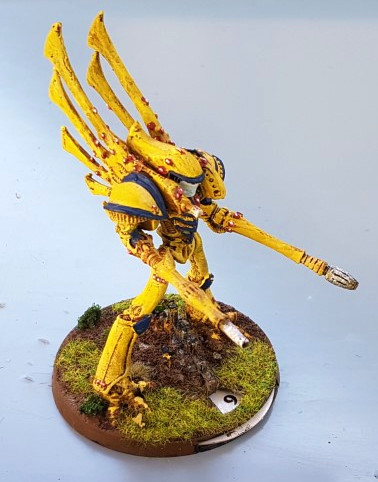 Note the two Eldar guardians scurrying across the base... 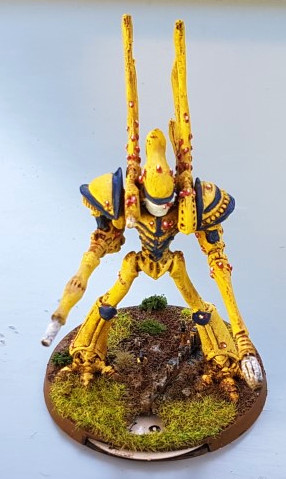 Wraithlords (or Dreadnaughts as we called them in the 90s) 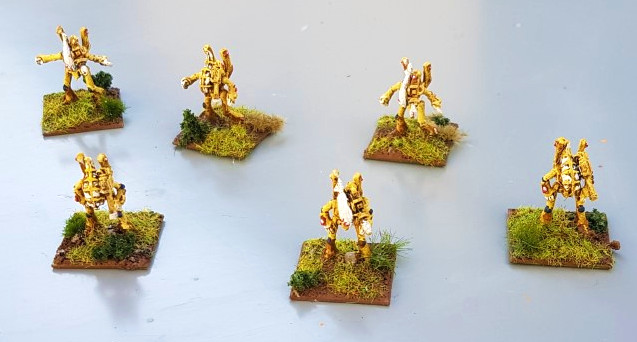 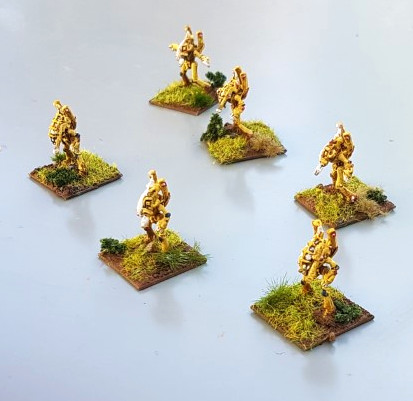 Well, it's one basic platoon, but no armour is scaring me! 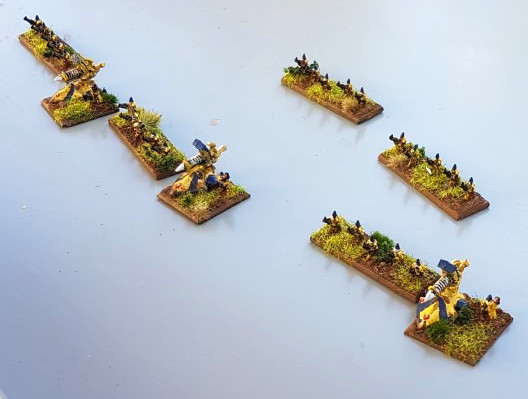 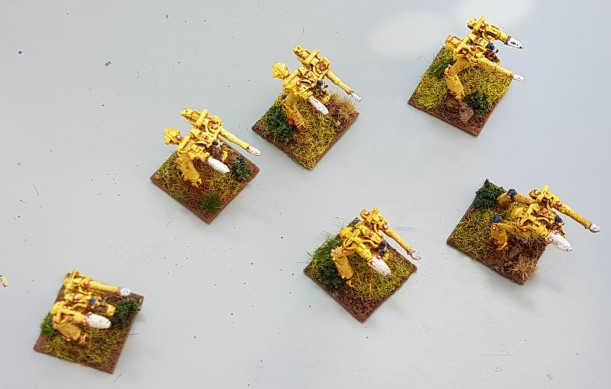 The whole force, so far, sure I will add more soon... 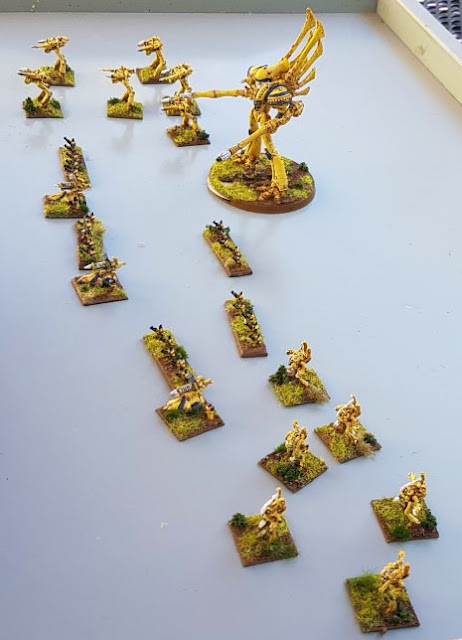