Reantio et Gloriam - A test event in Oxford - An introduction. 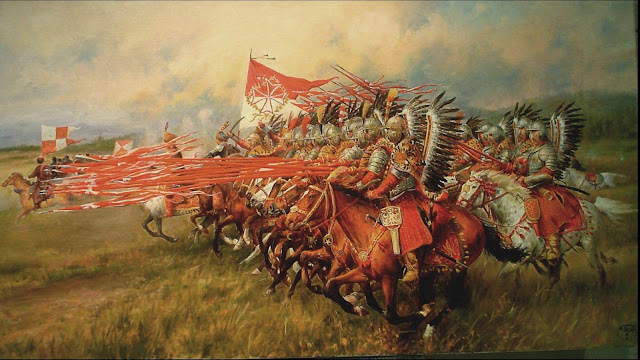 Over the weekend, 8 players played, 6 on each day. Unfortunately Nik was ill, so Alasdair took the break, and watched and umpired the games (and I couldn't run over his Iroquois in the open with Hussars). This also allowed him to answer questions, plug holes, take notes and work on some of the subtle and non-so-subtle differences that this new period threw up with the amendments he has made to the basic MeG rules, all while gently ribbimg us all about our faliures. By the end of the weekend we were sending him off 10 pages worth of changes! Nothing big, but all vital to the launch of a great rules sets.

Thus far, the lists cover from c1480-1700, over 300 years of the world's bloodiest fights. and although there is an overlap with MeG, it plays with the basic rules and comes out as a fun, but different, beast.
Firstly, pikes are the basic weapon.  However, unlike the massive blocks you see in MeG, your basic unit is a 6 of Pike & Shot, which only makes a difference if you fight cavalry, frontally.
Shooting is far more important, lines stand off and engage in musketry (more on that later) with either 'Flat Whites' (a normal MeG white die) or a White+ (S count as wounds). Rarely a base will be 'High Fire Discipline' which will raise it to a green die.
Cavalry gets it's moment of glory, mostly on the flanks, avoiding those pikes, they can be devastating, but the wrong type might be seen disappearing off in pursuit towards the enemy base edge. The flank area is 10BW which means any foot in their (apart from skirmishers and dragoons) count as 'nervous', and take a minus on shooting and melee.
Then there is less likely to have have units rated as exceptional and superiors, but there are abilities that make up for this, allowing abilities such as Keills, Tercios, Dragoons, Commanded Shot, Elan, Ferocious, Aggressive, Charging Lancers, Expert Swordsmen and more to all reflect the abilities of armies of the time. Also a new category of foot exists, flexible between loose and skirmishers, which allows units to operate in the enlarged flank sectors and heavy terrain. To encourage chequerboard formations, as happened in real life, a rear support rule was also in place (but everyone forgot about).

Alasdair will keep working on all these ideas, what was I using and be up against this weekend?
I have five main lists for this period, Henry VIII Tudor, Later Polish, William III in Ireland, Samurai and Tibetan.
Henry VIII is still being drafted, Samurai and Tibetan lists have not made an appearance yet. William III is okay, but after the initial play test in September, I was persuaded to use my 'never-Victorious Poles' again...
Pros for Poles:
Winged Hussars. Seriously, what else do you need to know? These guys have EVERYTHING going for them. They are one of histories most feared and respected cavalry units. The whole army was a hussar delivery system.
Cons for Poles:
Winged Hussars. Seriously, what else do you need to know!! Overpriced, overdressed, glory seeking numpties! Since their wargaming glory days of Gush, these over dressed nobles have languished at the bottom of every wargamers collection. As historians have done actual research rather than relying on the legend, it has become clear that unless used correctly, they weren't that good. FOGR and other rules had gone too far, and these and other rules sets had sidelined the Poles and these uber-nutters had over priced them, and reduced their abilities, becoming rather a burden on the Polish army. Only 'By The Fire And Sword' had given them back their superhuman status, but were for smaller level battles, and Winged Hussars were rare, but then those rules were written by Poles!
But I love proving a broken army can work...

Where are the gun? The Dragoons? The Command structure? Well, with two units of Hussars, two units of Rayters, you just cannot afford anything else! 11 units at 12000 point was small, but hopefully hard hitting.
Where is the terrain, Alasdair hasn't sorted that yet, but he has got 100+ lists he is trying to sort!