These figures were given to me by Mark sometime during the 00s! A real mix of Foundry, Essex, Redoubt and who knows what else!!


Mort at Leighton Buzzard Wargames Club got me playing, after I won a copy of the rules at Rollcall last year. 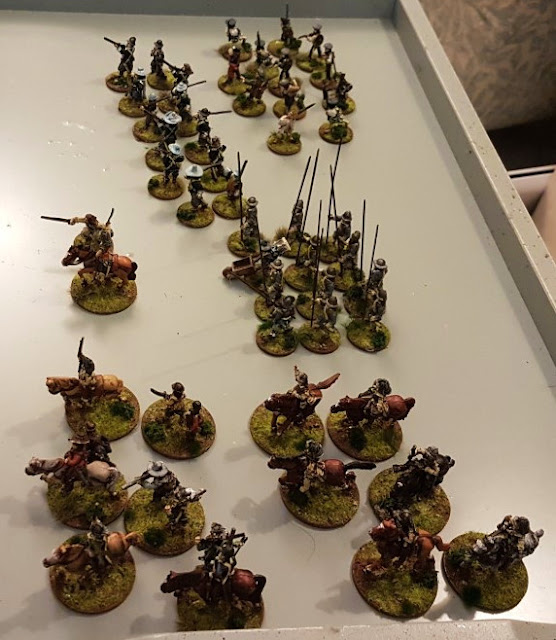 My forces are firecly pro-Parliament/independent (maybe)! Led by 'The Lion of the North' Lt James Whalley Esq., they are a rag tag bunch willing to take on all comers.

Proost Devlin Strengthening-Fields' Dragoons, his aim is to have them literate and employable after this unpleasentness is over. 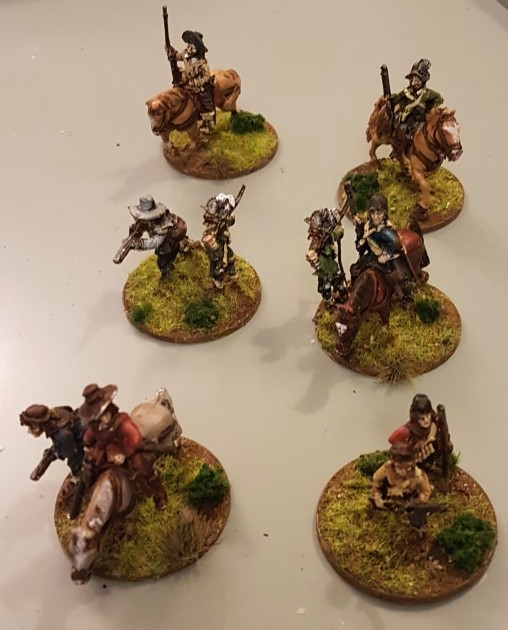 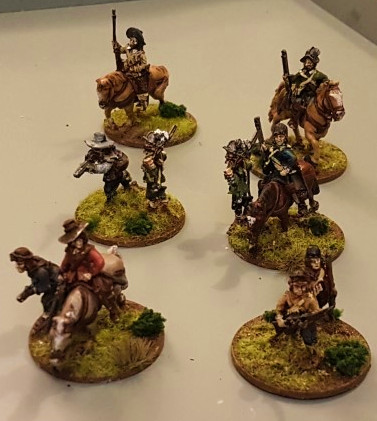 Edmund's Ironsides, elite gallopers and uttely brutal when joined by Whalley himself. 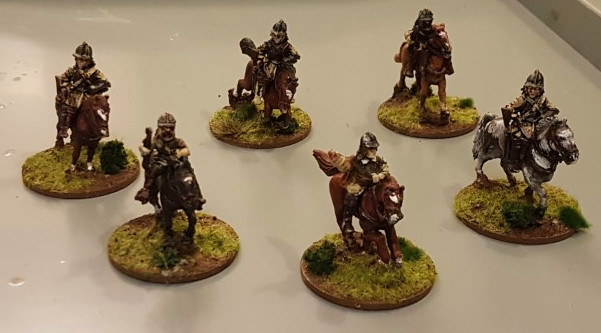 Not sure why Mark - fiercely Royalists until late - had Roundhead heavies... 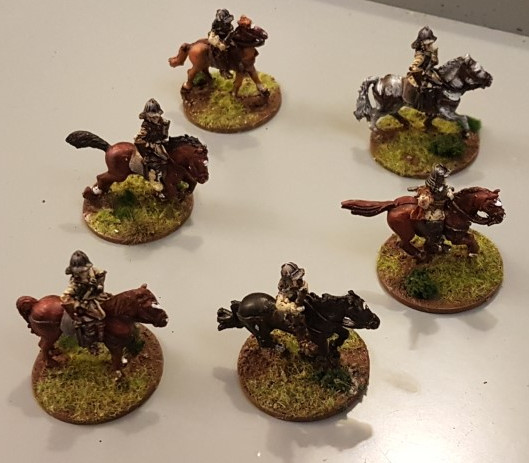 They found a supply of blue felt and had hats made. 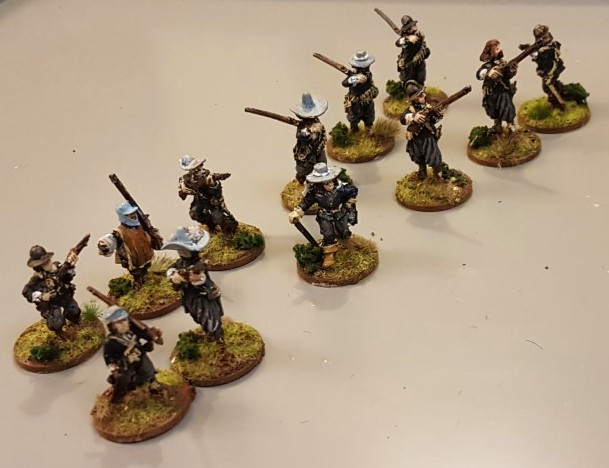 Wupert's (no relation) Long Sticks - originally painted by Mark and highlighted and rejuvinated by me! They will get a banner from Flags of War, when all this unpleasentness is over. 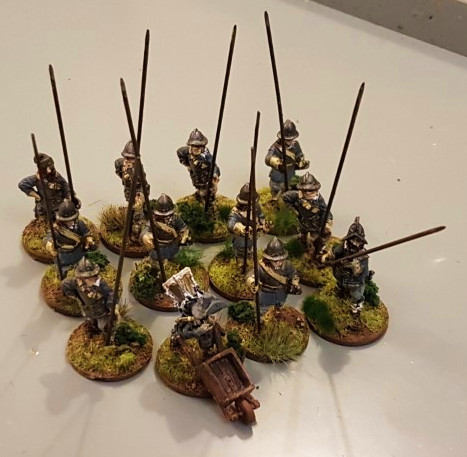 They push the Wheelbarrow of Doom(tm), no one is really sure where it came from, but it appears to bring them luck each time it gets pushed into the fight. It was a random figure in Mark's bucket of figures, so I thought 'why not'! 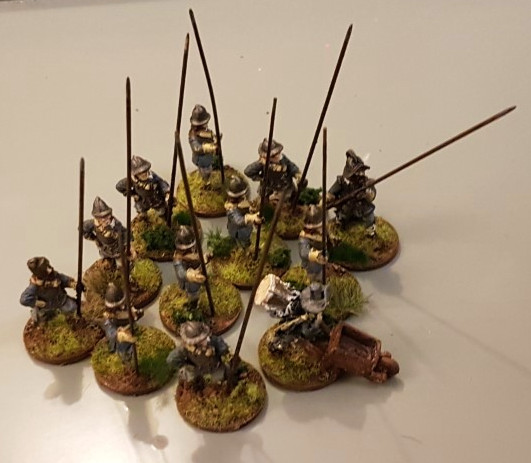 The WIng and District Gentleman's Highland Dance Association, who have a hero in the front (armoured) and on teh right, their perpetual embarressment of Mad Jock - who tends to drop his trews when the fight starts 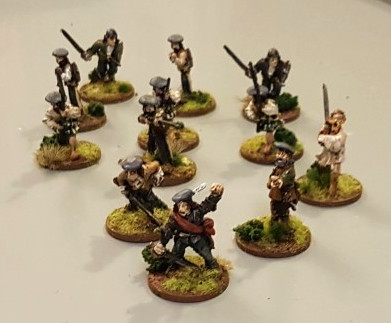 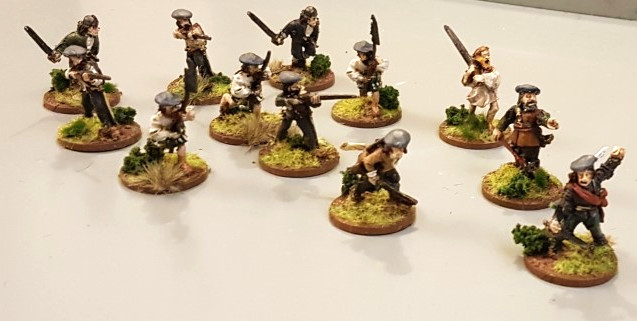 Two versions of James Whalley, mounted and on foot, so he can switch units between fights. I just liked the two figures tbh! 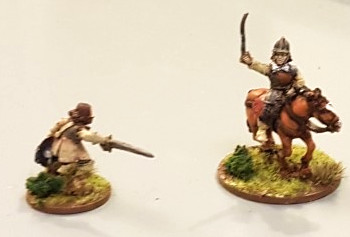 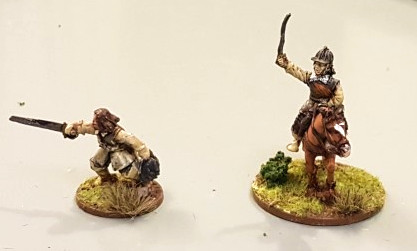 April 03, 2020
Footsore recently released this rather fun game, based around 28mm skirmish fighting in ancient Greece. Tried it at Campaign, then got a set for my birthday from Manny and Rob at Boards and Swords.

Turns out Ray also has Mortal Gods! He asked me to paint his stuff, who was I to deny him?


Heay hoplites, the sun was casting some rather amazing shadows.


Adronikos, the Defender of Athens


Well, starting out with an army box, and knowing Ray's love of all things Spartan, I had to go with the feared heavywights of the Greek world.


Light spartans with their veteran.

I went for a much more uniformed appearence than mine.

The heavies, with their veteran and their leader, Meonas the Harvester

Meonas the Harvester to the fore

Quite like this lot, Athenians next, both mine and Ray's.

My Thespian hero, Polykratos of Thespis, Descended from Heroes - a Thespian Lochagos who will be one of my commande…
2 comments
Read more