Dacians, why Dacians? Well, part of my love of ancients, and using armies that neer do well. I also loved Nick Overland's 15mm army I borrowed a couple of year ago, my paint scheme was even influenced by his greta work.  Dacians are the ultimate in victim forces, utterly annihilated by the Roman under Trajan (see Trajan's column for sorces) and Terry Jones (yes THAT Terry Jones, in his Barbarians book explains the genocide well.

Pendraken Dacians, which I helped advise on, started with some spear troops. I had enough for two and three-quarter units, so I'm just waiting on reinforcements, so here are the first two.

Not as efficent as the dreaded falx men, but make the bulk of the army, and still useful troops in MeG (tribal loose, short spears, inexperienced javelin, shoot and charge). 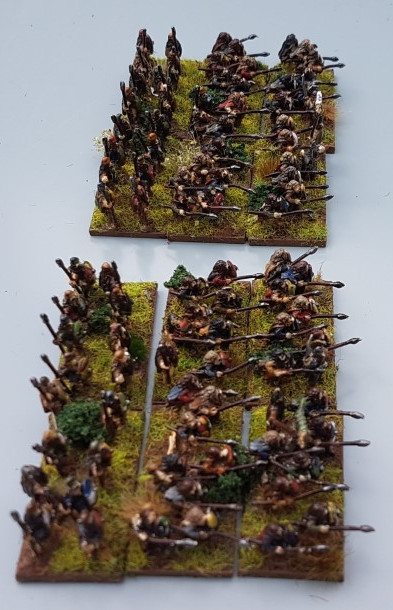 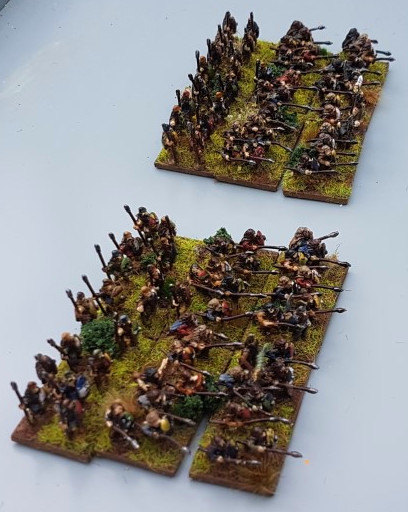 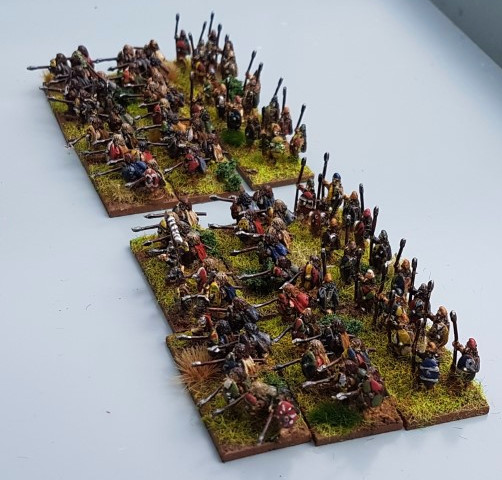 April 26, 2020
Footsore recently released this rather fun game, based around 28mm skirmish fighting in ancient Greece. Tried it at Campaign, then got a set for my birthday from Manny and Rob at Boards and Swords.

Turns out Ray also has Mortal Gods! He asked me to paint his stuff, who was I to deny him?

Ray's Heavy Hoplites and heroes from the core set, plus a Medium Promachos because I like the figure, I bought it twice and this one is now Ray's.


Quite a meaty batch, veteran front and centre!


Heay hoplites, the sun was casting some rather amazing shadows.


Adronikos, the Defender of Athens


Well, starting out with an army box, and knowing Ray's love of all things Spartan, I had to go with the feared heavywights of the Greek world.